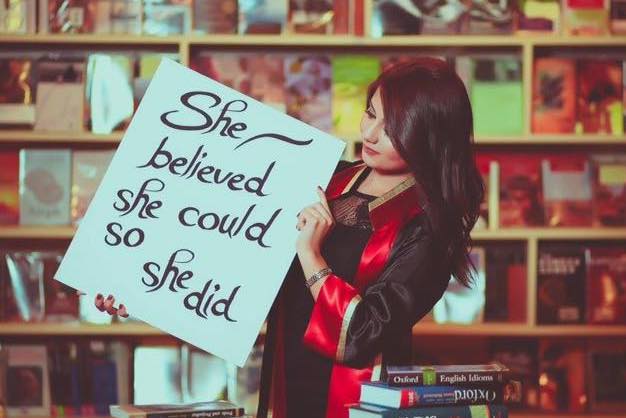 Why do they hurt us?

For a long time, women’s power, wisdom and talents have been undermined, mocked and depreciated. There is a force that has always stood against women expressing their opinions, their capabilities and their total beauty. In fact, their existence as equal human beings is still not fully accepted in many societies around the world. In eastern societies, there has always been a tenacious struggle for women to acquire their due human rights – and of course a struggle to live unharmed, without threat or coercion, simply because they are female. As women, we have the right to demand that society stop looking down on us and stop treating us as a sign of atonement, because what women want is to live their lives in their own way – like other human beings in other societies.

Women in our societies are crushed by culture, manhood, masculinity, imparity between genders, inequality, and even religious edicts. That’s why whenever they move to western countries a large number of them feel like they have found themselves, and they can exercise their own basic rights and freedoms without being judged. Nowadays, compared to how things used to be in the past, there has been a considerable change for women insofar as they can now bravely stand against sexism, misogyny, and patriarchal gender norms, and show society that “I’m human, not your slave, I can do whatever you think I cannot, I can be whatever I want, it’s my time to speak.”

Young girls should be more supported and empowered to stand for their own rights and fight against violence and abuse. Not just in eastern societies, but the world over. We hear everyday that a girl has been killed, has committed suicide, has been raped. With the support and empowerment of others, we all need to stop this, and we need to be in a position in which we can, retrospectively, say that “it was in the past, and will never happen again”.

It is about time that women realise that, contrary to the relentless belief about who women are and what women supposedly deserve, they do indeed have power and, moreover, they are autonomous human beings, this is key in a female revolution. When they win they, will motivate others. When they lose, it becomes a challenge (or a lesson) for others to both learn and continue a new struggle.

Due to gendered upbringing and assigning roles to men that give them power and authority over women, it gives most men the false idea about manhood and about the meaning of being a man. It is society’s fault that makes them this way, and it teaches them to hurt women, to control them by force, and to be dominant figures in their families seeing that they are expected to make all the decisions.

This, I hold, provides a considerable explanation as to why some women believe that they can’t do anything without men – in other words, why they are dependent on men – and why when women show competence, talents, etc., men often react by feeling threatened or by feeling like they have lost their status as somehow hegemonic. It is important to remind them that they should understand that it’s not only their world- it is inhabited by and should be treated with respect by all sexes and genders. Although it may well take many years for such equality to come to fruition, we should nevertheless come together and do our best to make it happen. Men need to treat women as equal human beings -, not as their inferior ‘other halves’.