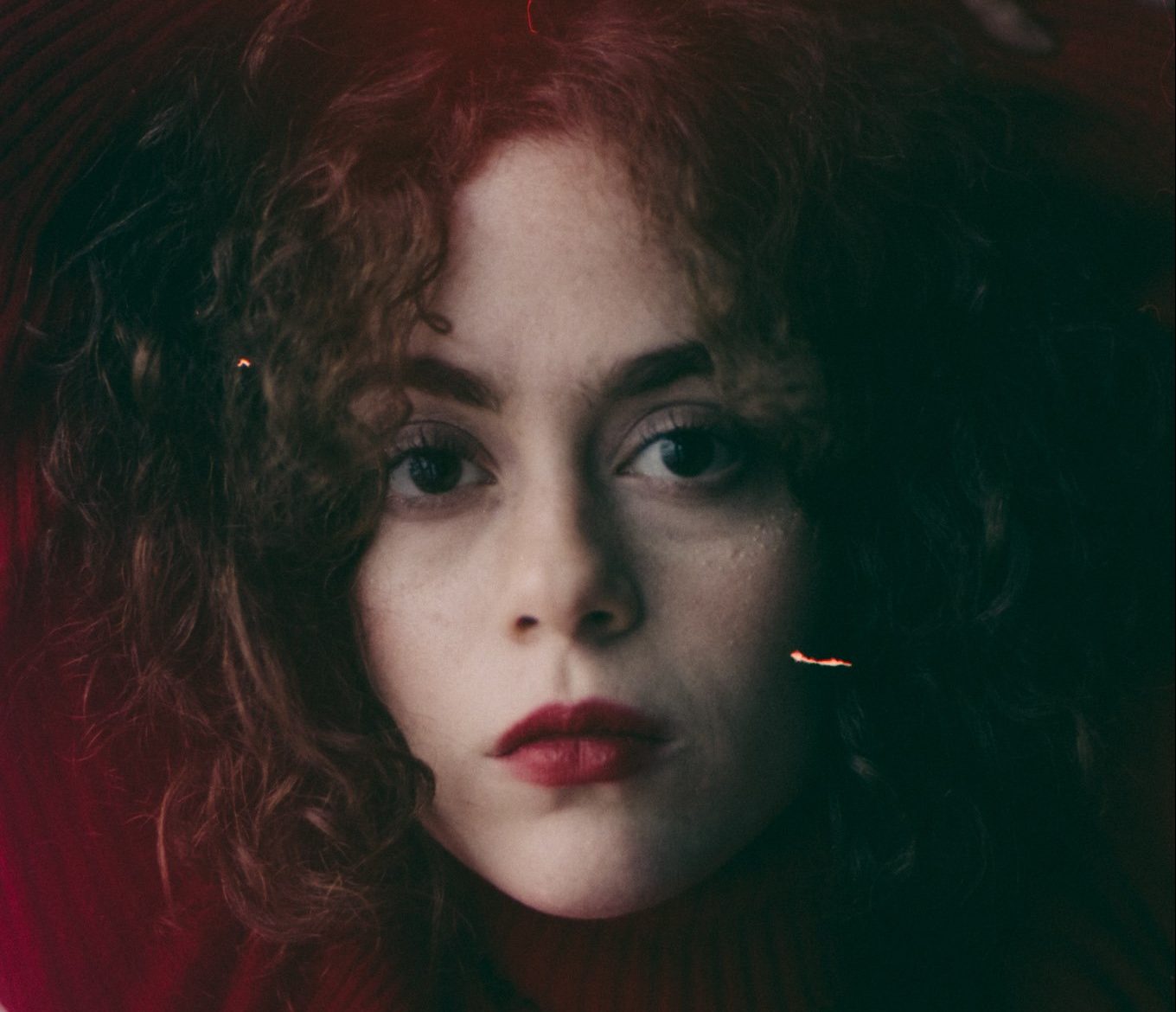 Arazo Arif “Violence is everywhere in our relationships and desires”

And anyone can become a perpetrator, says Arazo Arif, because violence is a part of the structure of society itself – as a consequence of society’s shortcomings, hierarchies, and submission.

Born in 1991 in Iranian Kurdistan to Kurdish parents, Arazo is a multimedia artist, scriptwriter, journalist, and above all, she is a poet. One of those courageous ones who put herself out there, not scared of being judged or blackened. She is considered to be one of the most prominent young Swedish poets and is already in the Swedish national poetry anthology. She undertook academic studies in psychology, sociology, and political science, and has a master’s degree in literary design from the Valand Academy. She delivered courses exploring how the experiences of racism and exile have shaped contemporary Swedish fiction.

Her poetry book Mörkret Inuti och Fukten (The darkness inside and humidity) published in 2020 is a debut collection of poems that go far into the body and into the relationships that are made possible and impossible by the violence we are surrounded by. Arazo’s language and images do not give way to either the frighteningly hard, drippingly disgusting, or coldly beautiful. She asks: If love, sex, and violence are part of the same thing, how can we love one another? She counters the western understanding of aesthetics and art, wanting to speak of ‘othering’ within the arts.

I met her in a very cool studio in Stockholm and waited for her to finish her cool podcast called ‘Looney Talks’ in which she approaches mental health from an aesthetic point of view in order to dig out the connection between mental breakdowns and creativity. We ended up spending the whole day together, had hours of talk, strolling in the parks, getting ice-covered in the freezing Swedish weather, watching the mothers with buggies, both agreeing that having a child must feel amazing when the nuclear family is not imposed as part of the deal.

The themes of relationships, sexuality, and violence disturbed potential publishers who read the manuscript of her poetry book. She didn’t mind this, as she had always been targeting the publishing house Albert Bonniers, one of the most prestigious in Sweden, which did eventually publish her book. She thought that if one day Albert Bonniers would agree to publish her, that would mean she had become a ‘good author’. She succeeded in this, and her poetry book was nominated for Sweden’s biggest literary debutant award. She obtained a literary grant from the Klas de Vylders Scholarship Fund for the book. But now she tackles the criticisms raised against her book.

To start with, it was regarded as very provocative, not just because it was written by a second-generation migrant woman poet, but even in the context of Swedish society itself, her book was considered to be too explicit. When I asked why, she replied, “basically because it talks about sex openly. It is very rare for Swedish literature, Swedish poetry. My publisher even said that she had not read any Swedish poetry writing on sex”.

“The critics see my book as a projection of my life as a Kurdish woman born to refugee parents,” Arazo says, and continues, “it is true that I was born and grew up in trauma, my parents were refugees, my mother was pregnant with me when she was a refugee. She gave birth to me when she was a refugee. However, my traumas cannot just be linked with my refugee family background”. She says we have traumas from our teenage period, have traumas as women, as adults, we have been abused by boyfriends, underestimated by teachers, violence has been and is in every bit of our life, as a matter of fact, violence is in everybody’s lives.

She could not get away from static categorizations of her personal background regarding the content of her book, and this overshadowed her enthusiasm. Many of the reviews drew simplistic conclusions based on her ethnic background and migration status in Europe. Arazo says her book is not about migration. It is not about religion or Islam. It is not about identity. It is not about diaspora. She continues: “The first section gives a family context where you read emotional and physical abuse. It also has a Muslim context; there is a mother figure praying on the praying rug. There is one line saying that there is God, and he is a man who hates women. They brought this line and the praying rug together and linked it to Islam. Even when I was working on it, I suspected that it might be problematic in the context of Islamophobia and racist tendencies. But it was not literal, but metaphorical. It was not even about God but about how people use God, like how God is used as a figure to oppress women, it is not necessarily referring to the religion of Islam. There is also Christian sectarianism in Europe which has very patriarchal and oppressive structures, so it was a reference to monotheistic religions in which God is used a means of oppressing women. The reception for this is very much related to the status of Europe against Islam”.

Disobedience beyond a Eurocentric and hegemonic aesthetic

A Zapatista story explains how to kill a “brutal, bloody, and powerful” lion without using a gun; instead, a mirror is used, not to reflect the indigenous image, but to deflect the lion’s force, directing it against itself. This is exactly what Arazo attempts by reflecting on the society in which she lives through her poetry. She is judged for being very direct, her directness has been seen as provocative. So we could simply say being direct is equivalent to being provocative these days.

In fact, she simply does not apply censorship and she uses raw language disconnected from perceptions of the domestic aesthetic. By doing this and mixing it with documentary material she does not try to fit into the Western grid of aesthetic understanding of beauty and art, structured by the Kantian approach almost 200 years ago, in which aesthetics are linked to the concept of civilization, meaning those who are ‘civilized’ (to put it simply let’s say Europeans or the Western world)  have taste and the capacity for perfection, while indigenous or native people from elsewhere, or migrants in today’s world, do not have that taste or the capacity for perfection. The Kantian concept of beauty needs to be challenged, colonial continuity and patriarchal dominance needs to be exposed and deconstructed layer by layer. For too long, white men such as Kant, Hegel, as well as museum directors, publishers, and mainstream media patrons have instrumentalized the concept of aesthetics for their own purposes, systematically excluding certain individuals, including women and artists of colour.

The Eurocentric concept of aesthetics still serves above all else in the understanding and appreciation of the beautiful and sublime, and in determining who is not yet able to attain such an understanding.

In this sense, such essentialist theories put Arazo (considered to be one of those who is unable to attain the well-established ‘aesthetic’, whereas to me she is just a brave woman and uniquely herself) in the category of “uncanny strangers” derived from the combination of Freud’s ideas on the “uncanny” as frightening, because it’s not known and familiar, and Simmel’s on “the stranger”, being from the outside, remaining distant from the national and mainstream, as Arazo’s approach to sexuality, violence, and society in her poems is beyond the critics and the rest of Western society’s familiar knowledge and perception of the ‘aesthetic’. 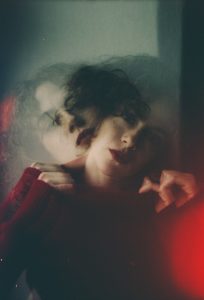 Latin American philosopher Mignolo and his colleague Rolando Vazquez call for aesthetic disobedience to this essentialist coloniality of ‘aesthetics’, and a first step for the scientists is the transformation of the term aesthetic to ‘aestheSis’, since the terminology of ‘aesthetic’ is already strongly interwoven with coloniality. ‘AestheSis’ sees this new way of thinking as an intervention within the established art and culture business, which refers to the critique of the colonial power matrix. In the context of ‘aestheSis’, Arazo also questions the hegemonic aesthetic canon and deconstructs the normativity with which art is evaluated and categorized.

Arazo questions why Western aesthetic categories like ‘beauty’ or ‘representation’ have come to dominate all discussion of art and its value, and how those categories organize the way we think of ourselves and others: as white or black, high or low, strong or weak, good or evil. She comments on the European journalists who are also questioning her:

“One journalist that I met asked me if my book was about honour. Are you asking this because I am a Kurdish woman? Again one journalist said, ‘when I read this book, I think about migration and migrant families’ and she compared me with three other well-known Middle Eastern poets in Europe talking about Swedish-Persian Athena Farrokhzad, Swedish-Turkish Burcu Sahin, and Danish Palestinian Yahya Hassan. First, they are all very different from each other. The only thing common between them is that they are all migrants, and they live in Europe. We all write on different topics and have different literary approaches. Yes, I write about family and violence, but so does American poet Sylvia Plath. You can compare me with anyone. But you prefer to compare me with people whom I have nothing in common with creatively, thematically, and aesthetically. I brought up a different reference to a Swedish poet, Marta Tikkanen, who published a poetry compilation in 1970 writing about her abusive relationship with her husband. I asked her if she read this and if it reminded her of my work, she said she read it and she did not think of me. I said, but this is very interesting as my poetry is more relevant to her work”.

It is a valid question to ask why Arazo is not compared with Marta Tikkanen if she is supposed to be compared with someone. This is very problematic. It is true that she is associated with literary figures with similar immigration backgrounds regardless of how different their literary approaches and themes may be. She isn’t seen the way she wants to be seen regardless of the image she creates with her profile, style, and poetry. If she writes about sexuality, she is provocatory, she elaborates on the themes of family and abuse, she is just a Middle Eastern poet. In the context of this simplistic equation, Arazo shows her presence is not supposed to produce feelings of beauty or sublimity, but ones of sadness, indignation, repentance, and determination to change things in the future. In simplistic terms, she does not tell the story of ‘(an) other woman’ but simply the story of ‘woman’. Do women depending on their identity and their geographical background feel and think differently when they are abused by their lovers, husbands, flirts, random wanderers? If the answer is no, then you may leave us alone.

Özlem Belçim Galip is a Research Fellow at the Institute of Social and Cultural Anthropology at the University of Oxford. She is the author of Imagining Kurdistan: Identity, Culture and Society (I.B, Tauris, 2015) and Civil Society versus State: New Social Movement and Armenian Question in Turkey (Palgrave, 2020). She is currently at the postproduction stage of her ethnographic documentary film “Anywhere on this Road: Letters to My Unborn Daughter” on Kurdish intellectual women in Europe and her own personal journey as a Kurdish woman migrant, shot in various cities in Turkish Kurdistan along with Germany, England, and Sweden.