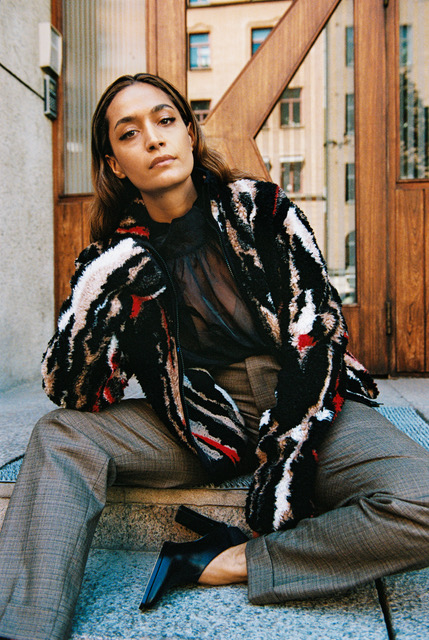 Rojda Sekersöz, originally from Marash and born in Stockholm in 1989, is considered one of Sweden’s brightest young directors. The 6-episode series Young Royals, which appeared on Netflix last July, was talked about a lot, in every aspect, in every form. Based on Prince Wilhelm’s dream of a free life, which was dictated to him as a member of the Swedish royal family when he first attended boarding school, the series aims to illustrate Sweden’s class differences. The series’ screenwriter Lisa Ambjörn and Netflix’s Northern Europe director Tesha Crawford have revealed to the press that they are proud to work with Rojda Şekersöz, whom they consider one of Sweden’s brightest directors. While such praise is pleasing, I wonder if she had this praise mainly because she is only in the director’s chair.

To open a pizza restaurant…

The fact that she had to move to Dalarna, Sweden, to open a pizza restaurant with her family at a very young age always reminds Rojda that he is an Alawite Kurd, or rather an immigrant.

Rojda was just 13 when she was racially assaulted by her closest Swedish friend’s brother, a Neo-Nazi sympathizer. And when she finished her first short film, she was only 15. And she was 19 when she became the youngest director to be accepted into the Royal School of Dramatic Theatre, where all of Sweden’s most important directors go.

She believes that the best European destinations for migrants are big, cosmopolitan cities, as she was only able to avoid the feeling of being the only migrant child in the small town where she lived when she re-settled (alone) in Stockholm to study directing. In line with the way many immigrant families think, Rojda’s family support for her continued when they saw her passion for directing, although they deemed a risky bet for her future, but she was determined to do it professionally.

“Immigrant parents don’t want their children to enter the film industry. It’s a luxury industry. That’s right, too. It’s an industry in which you have to risk being hungry and exposed. Especially if you are of both female and foreign origin, your job is much more difficult”, she told me when I first met Rojda in Stockholm in 2019. When I asked her if she felt her experiences of racism as a child were reflected in the world of film and TV, she said, “We don’t talk about racism publicly in Sweden. We pretend it doesn’t exist; most of all, we believe in the lie that we’re all equal. For example, if we look at the statistics of films made in Sweden, we only find one or two non-Swedish female directors. If we’re equal, why are we so outnumbered?”

“They thought I was inspired by myself”

Beyond Dreams (Dröm Vidare). In 2017, Şekersöz won the best director award at Guldbagge, Sweden’s prestigious film awards. The film, about the struggles and friendships of four young working-class girls of immigrant origin, was widely acclaimed in Sweden and the Nordic countries in general. That’s right, a female director of Kurdish descent made a film of her own. The film was about both immigrants and women. Rojda was infuriated when a journalist asked her whether she was inspired by her own life when she created the character Mirja in the film. “It is thought that I created the character of the white Swede and her father, the immigrant Kurd, who had served time in prison, inspired by myself. So, they believe we can’t come up with a fictional product from scratch. A Swedish director is never asked if it is based on his own life and experiences when creating a Swedish male character.”

Rojda said she realized too late that she needed to talk about the money she would get for her directing work, and that she even learned later that she was paid much less for her past work than her male director friends. “It’s the vast self-confidence of male directors,” she says. “In my business meetings, I talk openly about what I can and can’t do. Because they always create the perception that I’m missing something. Male directors are trusted blindfolded.”

When I met Rojda in 2019 for my documentary film project, she was in the post-production phase of the forensic film My Life as Comedian. The film was Jonas Gardell’s adaptation of a novel about the life of a Swedish comedian from childhood. It was, as Rojda calls it, a “white” movie. When I asked her why she wanted to make such a film, she said, “Why should I make Kurdish films to show that I am Kurdish? It’s not an identity that can be taken away from me when I don’t do it,” she said. The film, which premiered at the Toronto Film Festival in 2019, did not get the reactions Rojda had hoped for, receiving neither a lot of bad reviews nor a lot of praise. 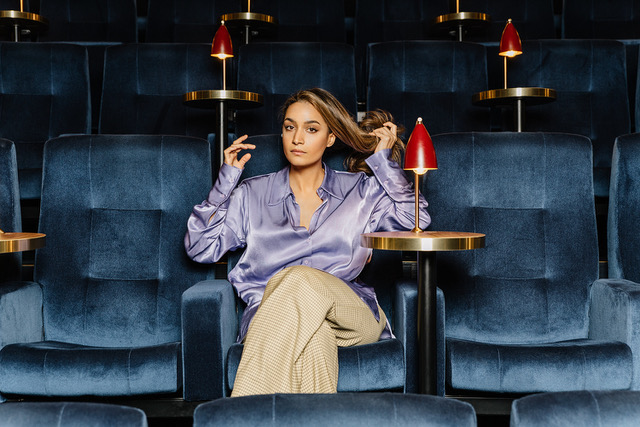 “I’ve been alone since the shooting”

The critics, in a way, did not understand why on earth a Kurdish director would make a purely Swedish film with Swedish actors and a very Swedish story. Or let’s just say, according to the critics, Rojda made a real Swedish film and didn’t add anything of herself. What does not adding anything of yourself mean in the first place?

Rojda explained this to me in 2020: “When I graduated, the producers also advised me to make a film about honour killings. I didn’t accept it. But the film Beyond Dreams was very well-described for telling the story of immigrant youth. I’ve been very lonely since the filming of my second film, My Life as a Comedian. I’ve been in a war I shouldn’t have fought. But I couldn’t defend myself, and no one else did. I don’t regret making a full Swedish film. I think I did a great job. It was a good story, I still believe it, but it wasn’t my story. I know that now. So, I made a promise to myself that if I’m going to risk being crushed again in my next job, it’s got to be worth something.”

Rojda, who was reactive in 2019 to the question of why she did not make a Kurdish film, was asked the same question again a year later. She gave a very different answer to the same question, saying, “My parents keep asking me that. When someone gets mature enough, I thought such works need to be done, and that time is arriving. I feel like it’s the time.” Rojda continues: “Until recently, as a Swede, I believed that I would be accepted in the film industry. But now I accept, no matter what I do, I’ll never be like them.” When I asked her what she meant by acceptance, she said, “I’m not going to make another movie to be accepted by someone else. I’d say they treated me differently, I’d say I’m no different from you, but I’m not anymore. I’m different from them. It’s fool to fight for the contrary. I’m going to make a migrant film and a Kurdish film.”

But Rojda’s reasons for conscientious accounting were not just her surrender to the issues expected of her, of course. She says the release date of her film coincided with the week Turkey invaded Syria and mentions that she was ashamed even to advertise the film on social media in the environment of war and aggressive military occupation. That’s why she says, “next time when I make a film, I should not be ashamed of promoting it regardless of the political situation”.