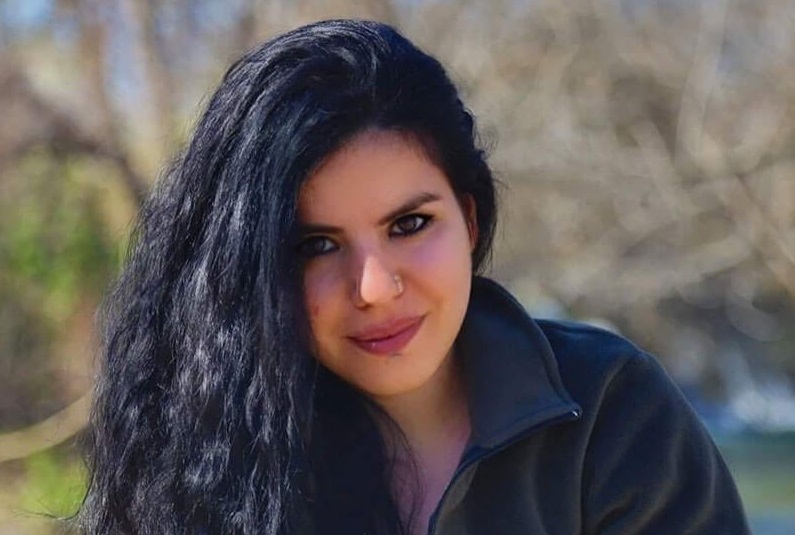 It is an artist’s responsibility to expose and unveil hidden truths. The artist must comment on, criticise, raise questions and above all, take risks that challenge norms, deconstruct societal structures, and ignite debates. These are essential to the artistic agenda. When an artist’s work, however, depicts a conflict of interest in a regressive and stifling society, this freedom of artistic expression is jeopardised. Certain cultural institutions and/or societies believe the opposite: that it is an artist’s responsibility to respect and value their country’s religion, culture, and societal taboos. A dynamic power play, therefore, comes to the forefront. An artist who is willing to challenge her society comes face to face with a society that is dedicated to preserving its sociocultural identity and political portfolio.

The Personal vs the Political

In the case of Zehra Doğan, a feminist Turkish-Kurdish journalist and artist, the political just became personal, and furthermore, became a concern for us all as this is a blatant act of censorship, violating both freedom of expression and artistic rendering.

The Turkish-Kurdish artist has been sentenced to two years, nine months, and twenty-two days of imprisonment for “creating a painting which depicted the destruction caused by Turkish security forces in the Nusaybin district of Mardin province, a Kurdish region in Turkey.” There are two different accounts of the story which outline the grounds for her alleged crime. According to the centre-Left Turkish daily newspaper, Cumhuriyet, Doğan was imprisoned because, as the Mardin Second High Criminal Court in Turkey appealed, she painted Turkish flags on the buildings that were destroyed by Turkish forces. Another source retorted that the Turkish court handed the artist her sentence because Doğan shared an image of her painting, which featured current military operations. She was, therefore, acquitted of the charge of Illegal Organisation Membership, although none of the anonymous witnesses could reveal Doğan’s identity. This split of opinions and unsupported documentation indicates that Doğan’s imprisonment was an act of censorship and was a violation against basic human rights.

Doğan’s sentence has been perceived by many as controversial, with the story receiving a lot of media attention. Websites like The Voice Project have created a webpage dedicated to defending Zehra Doğan and artistic freedom, entitled “Free Zehra Doğan.” On this webpage, one may submit a message defending Doğan and will be sent to Ahmet Davutoğlu, Prime Minister of Turkey, and Kenan Ipek, Minister of Justice.

While this seems like a case of the personal vs the political, this is a story which reveals that the personal is political. Doğan’s depiction of the destruction of the Mardin province is a mere account of what occurred. As the photo below illustrates, Doğan has simply interpreted the event in an artistic form. There is nothing illegal about Doğan’s painting, and more importantly, her imprisonment is unconstitutional, violating articles 26 and 28 of the Constitution of the Republic of Turkey, which guarantee the freedom of expression and free press. Moreover, on a global level, Doğan’s imprisonment additionally violates freedom of expression agreements as outlined by the United Nations and the United Declaration of Human Rights. Her sentence explicates the systemic oppression of artistic expression in Turkey.

Zehra Doğan released a statement where she defended herself in a tweet (that has now been deleted but reported by the Turkish human rights platform, Turkey Purge) by blaming the Turkish government:

“I was given [a prison sentence of] two years and 10 months only because I painted Turkish flags on destroyed buildings. However, [the Turkish government] caused this. I only painted it.”

What threatens the cultural space is censorship. Artists everywhere and throughout time have taken a stand for human rights, specifically in times of socio-political unrest. The creative and artistic process is one which vows to liberate, which provides a voice for the unheard, and which, ultimately, defies strict limitations surrounding gender, racial, class, religious, and other norms. The arts and the freedom of expression are vital to the survival of any democracy and the human condition as a whole. Instead of suppressing, censoring and condemning such expressiveness, the arts and other similar forms of expression must continue to flourish and must be considered a human right.

If you wish to submit a statement or complaint to the Turkish Prime Minister and Minister of Justice in Doğan’s defence, please click on this link, and submit your message: