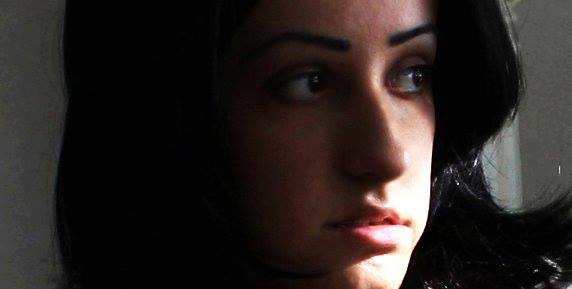 To be honest, it was a white lie that helped me to start talking. It was my desire to find love that made me a writer.

Troubled, I had started seeing a psychologist without saying anything at all that I should have said.

My name is Lisa Norman, I’m 22 years old. I live in a house near the ocean and my cat is dead. Irepeated these sentences evenly.

The psychologist was a warm-hearted refugee.

– You’re here to tell me. Talk to me, and I will try to understand you, he said.

– Yes, I can understand you.

At last I became angry with him and shouted:

The psychologist said yes! That meant he could relate to my trauma. If so, I would tell him everything without worrying that he would not understand. But he did not tell the truth. I knew he had lied so that I would stop being doubtful. And I who had to talk, had to believe that he had also been raped. I tried to see him as a victim like me with the same pain and unpleasant memories, in order to tell him everything. I repeated several times to myself: “Yes, he has also been raped.”

I told him that I had not slept at home since the night I was raped. Since that night I would go out every night and walk along the streets until sunrise. When someone enters your home, kills your cat in front your eyes, closes the doors and attacks your body on your bed, your home is no longer a place where you can feel safe. No, I dare not stay home. The streets are much better. There, at least someone can see you, someone can hear your screams, and someone can help you in distress.

The psychologist talked about my concern and how I could move on. I began to listen to him and become more involved in the discussion. Eventually, I began to talk about my love.

– There’s a movie star whom I love incredibly. I’ve been in love with him for a very long time – not as an actor, but like my other half. I have all his movies, which I have reviewed several times. I have recorded all his TV interviews and have bought every item on him available in the market.

I brought my wallet and showed a photo on him that I had printed from the net.

He said “yes” once more, but this time I believed him. I felt he was honest and I was sure he could understand me. That’s why I opened the door to my heart and told him everything.

– It’s my dream to reach him, you can not imagine how many fantasies I have with him. You can not imagine how much I want him. I wish our destiny was that we would be together for a lifetime or at least a whole day and night. Such a day and night may suffice to make me shine all my life. But I do not know what to do. How can I reach him? He is a famous star. It would be impossible to get his attention among all his adoring fans. Imagine if he were to fall in love with me, if I could reach his heart. Wow …

I visited the psychologist several times. I felt calmer with him and became even more hopeful that I could find a way to reach my beloved darling. The psychologist listened more than he spoke, but he listened so earnestly that sometimes when I asked a question, I answered the answer myself.

– Even if you’re not here, wherever you may be, you can still talk to me,” said  psychologist.

When I walked near a forest on a cold and humid night, I felt strongly the desire to start writing. I decided I would and went home straight away. I sat at once and started writing. I wrote diligently until the sunrise. I wrote as if I were talking to the psychologist. I wrote as much as I could and decided to send everything I wrote to the psychologist. It became like a very long letter. Early in the morning, I put all pages in a large envelope, wrote down the address, placed a stamp on it and went out to put it in the letterbox. After I got home, I drank a glass of milk and ate a piece of bread, I lay in my bed and slept peacefully.

After a few days, I received a postcard from my psychologist. The postcard image depicted a girl who reached for a star in the sky. On the back of the postcard he wrote: “Congratulations, you have arrived and you have reached your goal. I beg you to write and publish your works. I am pleased to have been your psychologist, but also to have had the chance to read your writing.”

The psychologist had an enchanting way of expressing himself, and I could easily believe him. After that, I decided to continue writing and publishing my works.

This was the beginning of my writing. Now I am a famous author and have many readers who are eagerly waiting for my work. I’m happy that I’ve found the way to myself again. Now I often write stories at home during the night. In my stories, I reach my love in different ways. I imagine he is even reading my works. But he still does not know that it is he who stands behind every brave and broken heart in my stories …