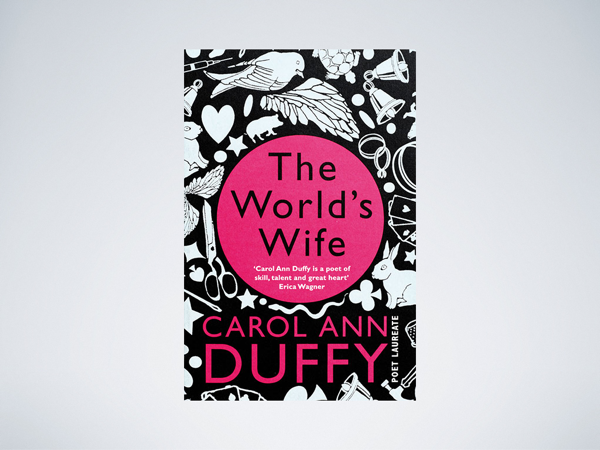 The society in which we live has been shaped by fairy tales and historical, mythical, and religious stories. These fairy tales and stories reinforce stereotypes, and these stereotypes often substantiate and even engender inequality; gender inequality is just one such example. In these sort of stories, the common theme that one often finds is that there is always one group, typically men, that is superior to the other, typically women; the dominant group is the one who has any voice of influence, and the subordinated one is the one who is silenced. Some examples of the stereotypes that have been created certainly include, among a plethora of bad ones, such bad ideas that a) for women to survive men must play a principal role, and b) men are more “rational” and talented more broadly than women, and c) women cannot possibly maintain independency.

One of the stereotypes is that a woman cannot save herself, and they should obediently follow both rules and traditions. A woman needs a man to save her. Little Red Cap (also known as little red riding hood) is a prime example of such a fairy tale that has perpetuated this stereotype. The popular story (I’ll use Brothers Grimm version here) is about a little girl, whose mother asks her to take some cake and a bottle of wine to her grandmother because she is sick. Her mother tells her the “right path” and advises her to go to her grandmother’s home directly, but she does not do that, so she gets into trouble. Consequently, when she arrives, a wolf eats the grandmother and tries to eat her as well. However, suddenly, out of nowhere, a hunter appears and kills the wolf and saves both the little girl and grandmother. One of the stereotypes crystallized here is that if you do not follow the rules and traditions, you will get into trouble. Another is that if you stay with with majority and choose the right path you will be all right. The other one is that a woman indubitably requires a man to save her. In this case, the hunter saves their lives – the women do not save their own lives. So, whenever a child or a young adult reads this text, he/she, subconsciously, would think that this might be true, because men are more powerful than women.

Another stereotype includes the idea that men are more rational and talented (more broadly) than women. This can be seen within the story of Eurydice, a Greek myth. Eurydice was a nymph and married to Orpheus, who was a very talented musician and poet. After their marriage, Aristaeus, a shepherd, followed Eurydice, and while she tried to avoid him, she inadvertently stepped on a snake, and she was bitten and died instantly. Orpheus became extremely sad and started playing a mournful melody on his lyre; and ultimately the gods advised him to bring her back from the Underworld. He went to the Underworld with, of course, his array of talents, and persuaded the god of the underworld, Hades (and his wife) to allow him to fetch Eurydice – which he accomplished by impressing them with his lyre-playing. However, they could not leave the Underworld until they both had reached the daylight. Hades also stipulated that Orpheus was not allowed to look at his love until they reached the light. However, hearing no footsteps from her, and fearing that he’d been fooled by Hades, he turned around. Eurydice, in her shadowy form, was immediately pulled back to the Underworld. The text perpetuates the stereotype that men have many talents. One can see this in the talented and legendary attributes ascribed to Orpheus. By contrast, the only thing that is known about his love is that she was nymph, a metaphor for physical beauty.  As if the only beauty that women have is their outside beauty – whilst men are the ones endowed with an exceptional inner state by virtue of their talents. A woman should be beautiful to be a woman, and many men see them as an object (one to manipulate).

The other stereotype that has been created by these stories concerns women’s independency (or, rather, lack thereof). This is the view that women cannot live without men, which is often exemplified in the pressure women have to be loyal to, because they are dependent on, their husbands (even if their husbands die). The story of Penelope is an example of that. In the Greek myth, Penelope was the wife of Odysseus, and she waited for her husband during and after the Trojan war. She did not re-marry, and she stayed loyal to husband for 20 years in abject depression. Her patience and faithfulness had made her a deeply admired character in Greek mythology. This story reinforces the stereotype because it tells women it is important to wait for your husband for a long time – of course it would be different if the man had to wait for his wife. Again, one side of the story is hidden. Correspondingly, in Kurdish culture, the Anfal women survivors are not allowed to remarry if they should become widowed (or have to wait for their husbands like Penelope did), while it is fine for the male widowers (or men who are separated from their wives for lengthy periods) in Anfal to re-marry.

The World’s Wife, published in 1999, is a collection of poems, written by Carol Ann Duffy. In this book, Duffy aims to highlight women’s issues such as gender relations and oppression, both typically composite of stereotypes, of course, through rewriting such fairytales. By giving women a voice and telling the stories from a woman’s perspective, she has created a truly exceptional collection of fairytale-retellings. Duffy’s Little Red Cap is different from the original; it tells the missing truth of the story. The little red cap girl attempts to survive herself. She does this by meeting the wolf and following him into his lair whereupon she finds inordinate books. She gets into a relationship with the wolf, a beast from whom she learns a lot from in exchange for sex. At the end, after they’ve lived together for a number of years, she comes to realize that the wolf repeats the same ideas and poetry, so much so that she is no longer impressed anymore. Consequently, she decides to find her own voice, to start writing in her own voice, and thereby develop a newfangled independence. Consequently, she metaphorically kills him. “As he slept, one chop, scrotum to throat…”(Duffy). And she did it “to free symbolically an older female version of herself… so that she can enter the ‘cave of words'” (Rees-Jones 27).

Duffy’s Eurydice is different. Eurydice’s husband is self-regarding and takes advantage of her. Eurydice, as a mere typist machine, is voiceless, and it is the man who consequently gets all the credit. In the poem, Eurydice’s husband is selfish and takes advantage of her. Eurydice as a typist machine, but it is the man who gets all the credits; she is voiceless. He calls her “His Muse” (Duffy). Also she says somewhere in the poem, “I’d done all the typing myself…” (Duffy). “Placing herself in a long traditional of talented women who helped male parents or male relatives in their work” (Horner 114). She chooses death in order to survive, and thus goes back to Underworld to find her talent: “I did everything in my power…to make him look back…”(Duffy). And “To be ‘dead’ in a male world of writing is to become alive as a female subject and author” (Horner, 115).

Duffy’s Penelope is about a woman who refuses to be with men. The poem shows that after she is left by her male partner, she realizes her talents and creativity, and understands that woman can still be complete without men. She starts her industry and forgets about her husband.

In conclusion, it is clear that these stories reinforce stereotypes in society, which often reinforces, or gives supposed legitimacy to, gender inequality. Within every story there is another side, a hidden truth and a dissimilar way to be told. Carol Ann Duffy, through her book the World’s Wife, tries to rewrite these sorties and attempts to give the voiceless, the women, a voice. Duffy’s poems are a great work of literature for making us see the inequality, and to make us question the objectivity of literary texts, and even history itself. And works like this book can change these sort of shaped characteristics in society. Like Duffy, it’s time for us to also question, reinterpret and rewrite the ways in which men and women are meant to behave.Let’s break the cliché, let’s strive for change.

This was written as an essay for a Module (English 102: Critical Reading and Writing) taught by Dr Choman Hardi at AUIS