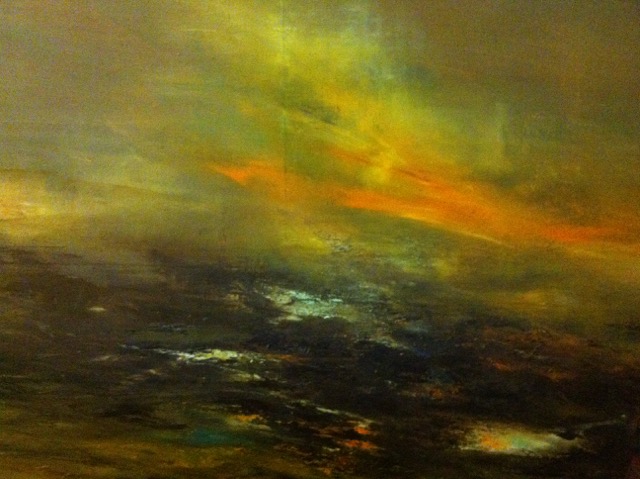 What a bad luck,

When they give you from your pocket

But take back from your heart …

Go along with the rains of spring

There is always a sun

Which soothes the masked margins of the earth.

There is always a brave morning

That rescues us from being lost in the woods.

This land of ours was the caller of roses

And gazed even at our impoverishment and tribal style

You came and made the worthy music be displeased with us

What could I praise you for?

For the virus infected windows of yours,

Or the arrogant opinions of yours?

Doctors’ offices / were counting the patients../

The lights / turned blind being so bright / the uninterrupted

Coughing of the black soul gadget /

Just look/ what an internal battle and

I reached my hand in a mad keenness

I offered my open arms in a mad keenness

You forgot that in the daylight

We opened the lights

In the middle of the walkways..

That we gave ourselves the empty glass

And offered you the filled one.

The clouds face the mountains / for what / should I consider /

The War fooled us../ The War blinded us /muted us / deafened us /

The march of the insects.

Came through the plants../ )

These are the firms of the masks and facades

They understand everything themselves;

Of the order of the covering the wind..

Of the decoration of the vase in front of the door

Agony was the Medal of Honor for us

Grossed over seas and skies

In the process of friendly fire…!

Appeared to be dead marine…/ I/ had not

It turned to be an empty sky

The prospect that you

Wanted to be see

From the uncontrolled centers of yours..

Your rectangles were crushed

You rectified the triangles…

Don’t ask in which closed throat it was hidden

What could be worse than us all being guilty?

What could be worse than us all of us being intoxicated..?

And what happened to the

Courage and bravery of Shakespeare

And the smell of the leafs of Whiteman

And the suffocate cries of Rambo and Verlaine

And the solid grounds of Nietzsche

And the fruitful trees of Dante and the frescos of da Vinci?

And what about the mourning of Elliot

The promise and words of Roussos

And the eastern love Goethe

And the lovely yet abandoning pace of Picasso, Cézanne and Braque

And the miserable masks of Modigliani?…

Arrived in Sicilia / crossed it (Spain)../

For you knowledge / we / can do

I wanted to make fire on the back of fish

The Ur Cemetery- the curvy and intertwined flats

Were dazzling in the long-haired mountains of Italy.

I am speaking to you; moon of the exiles

Without nest and shade

When they crossed the sky

When they irrigated the earth with

The starved in Africa and

I am speaking to you; moon of the exiles

Without nest and shade

I never saw them teaching us how to harvest

Nor did I hear or read that

They left behind anything but ruin, distress and deception

After their short ventures..

I did not see, you moon of exile

Let us die a natural death

Is this not pity, moon of the exile?

When they do not let us to write a poem

For the destruction of our towns

And the sweating forehead…?

Is this not a pity, when the hall of parties is colored

I hear only of the lights and glory of the capitals

Of the talked about secrets

When knowledge was made its way deceptively

To get to bust the down of the roses and the diamantes..

Ignorant as we are..

Engaged in what Farhad was pointlessly engaged in.

Now, moon of the exiles

The stove of lights has come to an end

I will keep in my memory

The intertwined sun-less moments of mine

These moments will be safe kept in

Those drunken eyes for which once

I wrote my songs

I will run this time

Run in a Kurdish way

And take with me my love

And then there will remain nothing here

How will you survive then?