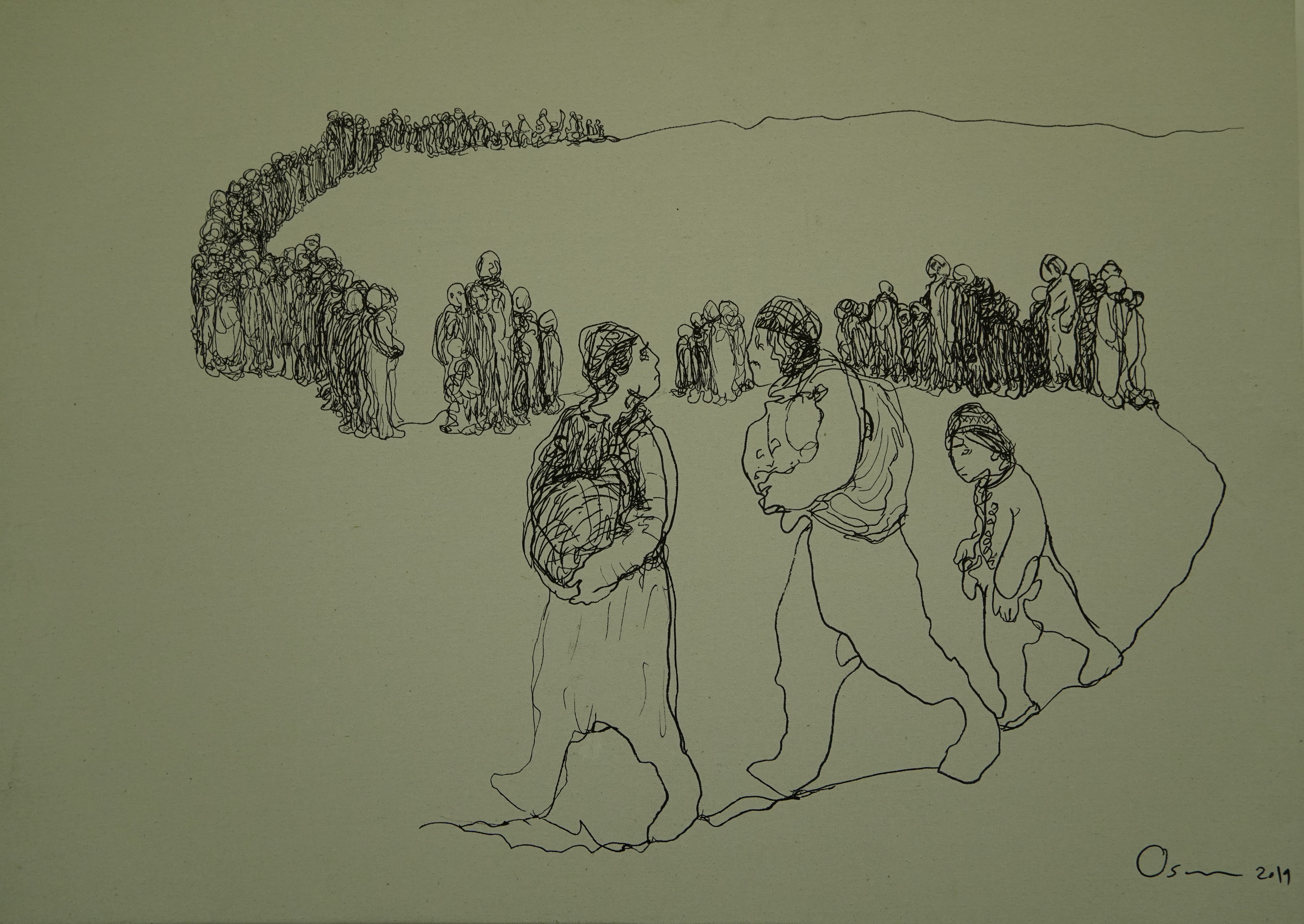 First, we heard the noise

then stared at them from far away.

They resembled our colourful birds,

except, they were death-bringing planes.

The smell of sweet apples1, like the ones in our garden, reigned over.

The scent was joyful,

His skin was screaming,

he forgot it was his body resisting the pain.

In a corner, in front of a rustic grey door,

and they became one.

A child on her back,

pulling out her hair.

She grabbed a chunk, she froze.

she breathed in her last sweet apple.

A mother in black, darker than your darkest dreams

sat on a muddy rooftop, longing for their return.

She has beaten solitude,

but she never again grew apples in her garden.

1 In 1988, the Ba’ath regime in Iraq used poison gas attacks on Kurds, and killed an

estimated 5000 people in minutes; the gas smelled like apples, which has remained in the

memories of the survivors