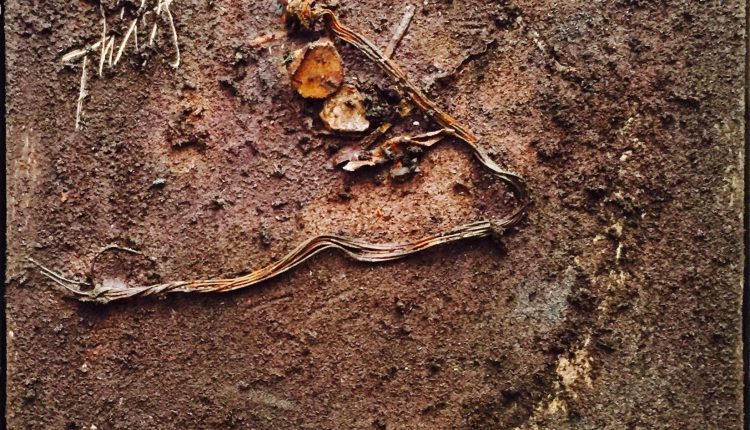 It was a Monday morning in July, during the war. I was 13 years old. My father returned home half an hour after leaving, calling my mother, shouting, “Woman, where the hell are you?” There was a strange man with him.

My mother was busy milking the sheep in our barn, at the bottom of our yard. The shadow from the wall fell over the flowers, which were still wet from being watered last night. My mother peered over the gate of the barn, the sunlight on her angry face.

“All the neighbors can hear you! Why are you yelling like that? What happened?” she said angrily, holding a vessel in one hand and fixing her scarf with the other.

The man standing beside my father looked scared, exhausted, perhaps even sick. He was thin, with a long jaw and sideburns. He could barely stand on his feet. His clothes were dirty, and he appeared to be from the Iraqi army.

“We have a visitor,” my dad told my mom. He went inside the guestroom with the stranger without waiting for her to respond. I followed them.

My mother walked by the door to the guestroom and told my father to follow her. I remember hearing a song from the old radio behind the stranger as I passed him. I can’t remember exactly who was singing, but I think it was Ali Mardan.

On the wall in front the man were a shotgun and a flute. He looked at them for a while, quiet, before reaching into his pocket and taking out his wallet. He opened it and stared at something, completely unaware of my presence. I cracked my knuckles, and he looked strangely at me. There was a thin window behind him.

A hot summer wind came from the east, and the sky was full of sand and the smell of gunpowder, which came in from the window. There weather had a certain sadness to it. The man raised his head again. He looked at me, and it seemed as though he were about to say something but changed his mind. Instead, he took a small photograph from his pocket and showed it to me. A beautiful woman looked back at me, one with a round, white face, big beautiful eyes, a charming smile and a scarf over her head. “That is my wife. I haven’t seen her in six months,” he said quietly.

Meanwhile, my mother was talking to my father quite loudly in the other room, so we could both hear them.

“Where did you find him?” she asked. “Is he a deserter? How could you bring this trouble upon yourself? Don’t you know how brutal they can be?”

“He will leave as soon as everything returns to normal. Until then, we will just sit and stare at the sheep,” said my father.

“What if our neighbors know about him?” my mother said.

“No one will ever find out,” my dad said confidently.

My mother was right. The punishment for hiding a war deserter in your house was execution by firing squad at that time. My dad summoned me in a rough voice. I hurried and sat next to him. He held my arms and came closer to me and said firmly, “Never tell anyone about the man we are keeping here.”

He then told me to take care of the sheep and to lead them to the field until noon, when I would have to bring them back to the barn.

Around sunset, the hot summer wind began to fade, and my dad turned on the radio. It was a serene summer night, with a full moon and millions of stars shining in the sky. Although during the day it was fiercely hot, the afternoon was nice and fresh. My mother sat by the fireplace, its light reflected in her necklace. The milk boiled slowly over the fire.

“Did you know he has 3 or 4 young kids? He is from Sulaymaniyah and has been serving in the military for 2 years,” my dad said over dinner.

My mother had a lot to say.

“Why are you doing this?” she spoke to the deserter. “You destroyed everyone’s lives. What do you want? Water and oil are none of our business.”

“Be quiet woman!” my father said angrily. “Everyone can hear us.”

As he was instructed, the deserter did not say a word, and he never came out of his hiding place. It was very quiet that night. We were surrounded by darkness and silence. In certain moments, we could hear the sound of planes above us. Then it disappeared. Other nights, the incessant sound of missiles and planes ruptured our peace and stole the tranquility from the beautiful sky.

My mother turned to the fire, casting a shadow over my father.

“Listen to the radio, and pay attention to what is happening,” she said.

My father listened carefully, but we did not understand anything. All of a sudden, he seemed happy.

“See? I told you there is no reason to be afraid. It says that the military successfully advanced 200 kilometers into enemy territory,” he said.

“So what? What happens if the Persians or the Arab win? You are in a good cottage; life could not be better for us. What is left for you are those few grimy sheep,” she said.

It was almost midnight when my father checked on the stranger to make sure everything was fine, then returned and slept in his bed. My mother prepared our own bed while I sat and held my legs. All seemed well in my mind.

My mother suddenly stood and said, “Do you hear that?”

“Hear what?” my father asked.

“The neighbors are arguing about something.”

My father also stood now, putting on his shoes and going outside. I was about to follow him when my mother held my hands and stopped me. We both waited for him to return.

After a few minutes, my dad came back and said that the neighbors were talking about how our military was defeated near Dezful, Iran, and how they would be here tonight or tomorrow morning. My mother became afraid, asking my father what to do with the stranger.

My father was scared also. He paced the yard, his shadow small in the moonlight. The deserter came out upon hearing all the commotion.

“I just remembered,” my dad said. “I will take him up to the mountain. No one will see him there because of the forest.”

My mother was shocked and did not say a word; the stranger, too. My father accompanied him to the designated hiding spot and later returned, quiet.

It was afternoon when the military reached our village. Because of the strong winds, a part of our fence in the yard had completely fallen, pieces of it scattered all around. The army made a mess in the village; no one dared go outside. The sound of their heavy footsteps and chaos was everywhere, and it terrified everyone. My father was sitting by the door, my mother was behind him, and I was inside the house, far away from them. I couldn’t hear the radio. I was so scared. Suddenly five soldiers came into our house.

“Welcome, welcome,” my father said to them, showing them the way.

I could see the tension in my mother’s face. She was nothing like my father; she has never accommodated those who walked by our land, those who left their marks on the ground with their soldiers’ boots. Her face was always rough, her eyes red; she always ready and willing to fight.

The soldiers’ hands were on their shotguns. Two of them came inside our house; the other three waited outside in the yard. The smell of incense filled our house. One of the soldiers looked so young. He was thin and beardless. He came closer to my mother and pointed to his shotgun and asked her, “Where is your son old lady?” My mother did not say a word.

“Are you deaf? I said where is your son?” he asked furiously.

“I only have one daughter,” my mother said, pointing to me.

“I am being honest.”

They searched everywhere in the house, through the dishes, even in my mother’s closet where she kept all her underwear. No man except my father had ever seen her underwear. The soldiers were brutal, and they made a huge mess. One of them was a lieutenant. He had two stars on his shoulder. He was a colossal man, with black eyes and eyebrows and curly black hair. He put his hand on the younger soldier and started laughing, saying to my father, “You old man! Do you see him? His mother is Kurdish, and his father is Arab. He is just like you. I heard that people like you hide deserters.”

“Nothing of the sort, sir,” my father replied.

“So you never do that? You bastard!” He slapped my father, who fell from the impact. Ù

Then they all went out.

It was afternoon; the sun was in the middle of the sky. It was a fresh afternoon. Everyone was out working together. I saw the deserter —  the same stranger who was sitting with my father in the yard yesterday — come down the mountain with a black cloth over his eyes. I remembered my father when he said that he would accompany the man to the mountain, where no one would see him because of the thick forest.

Two soldiers held him on either shoulder. He looked so hopeless, lifeless. The solder stood five meters away from him, pointed his shotgun, and waited for a few moments before pulling the trigger. My mother wanted to shield my eyes, but I didn’t let her. I heard the sound of three shots fired. All the birds fled toward the sky because of the sound and the smell of gunpowder and the people’s reactions. The man’s body moved for a moment, and then it went still. The blood poured from him like a spring. I vomited. The body was still there when the soldiers left. The photograph lay beside it, covered with soil.