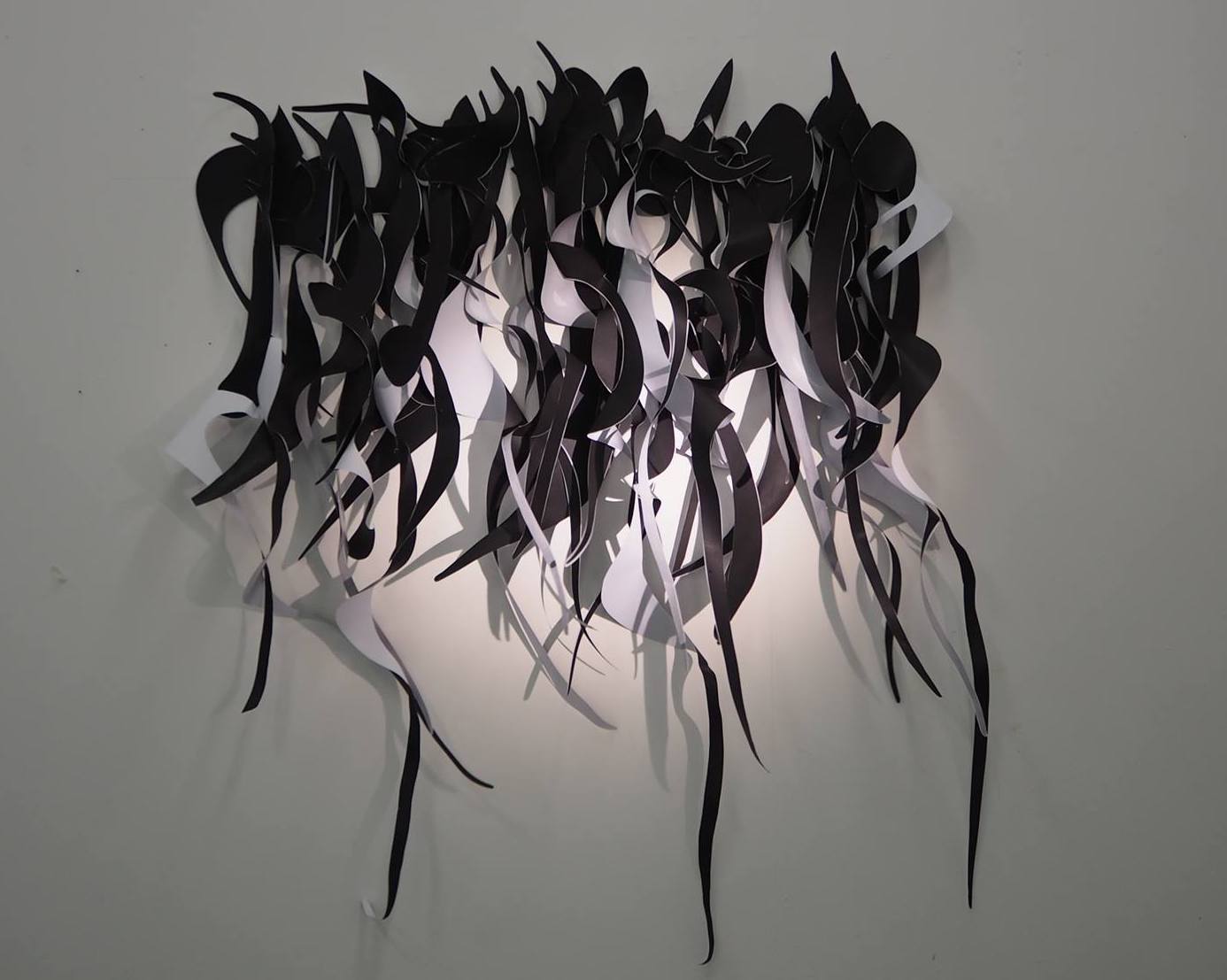 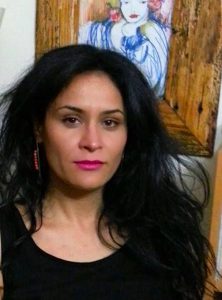 “In thinking Being comes to language. Language is the house of Being. In its home man dwells.” (Martin Heidegger 1996, 217)

The aim of my artwork is to transform text into a form. This transformation principally takes place through hermeneutical means – that is to say, images emerging through text. In order to accomplish this, I use materials that are typically handled in building-construction, materials that eventually become a foundation for language to reside in. As we know, language is not only a tool for communication but, as stated by Martin Heidegger, it is the house of Being. The oblivion of language is homelessness, and homelessness is the oblivion of Being. We become homeless because we have come to not let-be, we have forgotten, the essence of Being. When a human-being is deprived of his/her capacity to employ language, for any particular reason, he/she will become homeless. Displacement is not limited to geographic considerations; it can be intellectual as well. Indeed, as Heidegger himself showed, language plays a significant role in one’s ‘authentic’ mode of existence.

In my artwork I use Kurdish poems, because Kurdish poetry has been both a motive and inspiration for me in how I deal with despair and nostalgia. For example, I have selected various poems of Nali, who is a Kurdish poet from the 19th century who lived in exile. His poems express a longing for a homeland which reflects the intricacies of the diaspora. In a similar way, the concept of my work shows how displacement affects artworks in different cultural contexts. Indeed, an important aspect of my work is the representation of flexibility and adaptability insofar as it changes through environmental and contextual changes, a representation that I use to engage viewers from varying perspectives. As a displaced person myself, I have experienced a dramatic change in my language. To be more precise, my language has not only been transformed but it has, in many ways, found itself discarded within a new cultural context. Yet, despite this loss, it is still in my memory and I still desire to utilise it. 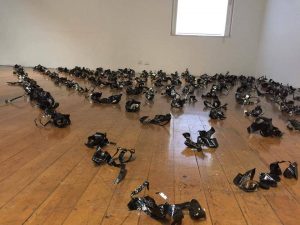 My artwork is displaced in that it is on the floor in a Kurdish writing format. In this way it renders the poem meaningless and in the same way language loses both its meaning and content with displacement or homelessness. The aesthetic aspect of it disappears. Given the transformation of materials into new forms, the aim of the work has metamorphosed into the changing of materials in order to make the viewer realise the concept without reading and understanding the poem. The poem is no longer a language; the poem becomes an object of waste.

Kurdish is usually written from right to left. I transformed this pattern. Instead of hanging the letters on a wall representing a page and translating the poem, I changed the letters physically in order to create a new form for them without providing meaning to the viewers. I don’t intend the viewers to engage and understand the language. It is not necessary for them to read it because the content of the object disappears when one reads and understand the meaning of the poem. 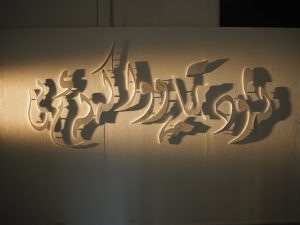 Why do I select poems as objects for my artworks? Why is language reflected in my work and why has it become the aim of my research? I intend to transform language into a visual image with physical forms. This work is related to my desire to understand a language. This understanding is not achieved through hearing, since I have a limited ability to hear sounds; I transform it into visual and physical forms. Through art this limitation is thus overcome.