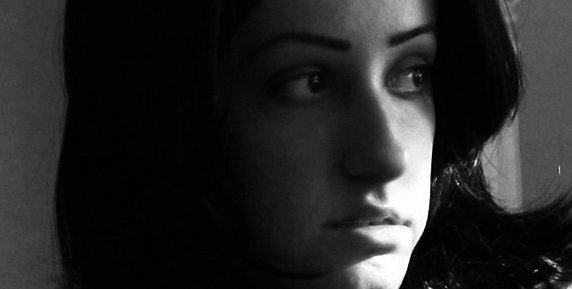 The search for a home

A lot happens in the dark, but I only see the fireflies. I walk past them slowly and stretch my hand after them. Some of them land on my hair, others find their place on my fingers. Feeling them move on my hands makes me afraid. I try to ignore the awkward feeling and instead focus on the way they glitter like diamonds over my head.

The darkness is so still, as if nothing is happening there. With bright eyes, I see the butterflies’ charm. Suddenly I become nostalgic and let my thoughts drift to the world of childhood. Together with Adam and Alan, we go to the forest to kill the harmful insects.

– My friends, we have to be very careful. We should never kill butterflies, I exclaim.
– Why, because they are harmless? wonders Alan.
– Yes, partly for that and partly because grandmother used to say that butterflies are the souls of our dead ones, I answer.

I disappear alone and leave many plains and settlements behind me. I do not even stop to rest. Suddenly I feel something pulling in me, something that is stronger than the force of Bermuda triangle. A hole, more dangerous than a black hole, spreads out in my soul.

Please be quiet. I hear a voice that I recognize, the voice is from a youth. It is a male voice, yet full of a mother’s kindness. It is a low voice, yet full of a father’s bravery. It is Adam’s voice. Adam sits with Alan in front of him and washes away the wounds from Alan’s forehead while he is talking to him.

– I sacrifice myself for your head. Let them say wog. Let them say we are homeless. They talk to themselves. You shouldn’t have messed with them, Adam says.
– Who am I? Why I am here? Where’s my home, Adam? asks Alan.
– You’re the son of the sunland. You’re my dear brother. You’ve come from the East, but the West has become your home. Don’t worry about xenophobes, Alan. The West has opened its arms to us under the cold of hurricanes, Adam says.
– I’m still freezing. I still tremble, Adam, Alan says.

As usual, I get excited about my own dream, the one I used to have with Adam and Alan. We used to daydream and say: When we grow up we will become actors and tell our history to the whole world. We will be stand-up comedians and clowns and joke about laws and the legal system. I see my room as a four square meter stage where I can’t stand still. I stare at my friends’ eyes and say, Let’s go back in time to the place I met you. You can build sidewalks, streets and refugee campshere. You can paint floors with footprints and make the walls dirty with the handprints of grief. Look at these tired families who have gone through water and fire. Those who have crossed the borders and been foreclosed by each other on the road to peace. Look closely at these lonely youths who have sacrificed their lives during the frightening journey. Have patience. This life of ours is fortune within misfortune.

My best friend is one year older than me and Alan. He is and has been a responsible person ever since I got to know him. He grew up very quickly, but it was nothing he chose. He was forced to do so; his childhood was taken away from him. This made him responsible and dutiful. When we were at the refugee camp,he was 7 years old. Then I and Alan were 6 years old. We came from different cities and had seen many disasters unfold before our eyes. I don’t really remember all the events from that time, but I could feel things and understand more than I should. Now 12 years have passed. When I tell others what I feel and see, they don’t believe me. Instead, I am mocked. They believe that I am delusional. But I am certain that what I see, hear and feel is true.

– I always run during my dream. I run to catch a train, the sound of which is heard on long roads, Adam says.

– You always get stressed and forget to bring something important with you, says Asia.

– How do you know that? wondering Adam.

– You have told me several times, Asia replies.

– I completely forgot about it. I live for Alan, but I think it is for my own sake that I have not lost you. Only you have the ability to help me get closer to my interior. Only you, Asia, can help me get back to the borders of my home country, Adam says.

He had not finished speaking yet. The joy shone like the sun in my eyes. My heart hit fast and I got butterflies in my stomach. It was the first time I heard him talk about two of us. It was the first time he had let me hear his heart’s melody. The butterflies gave me a love message that my heart was not afraid of.Thunder from the sky broke my window. It lit up my entire room. When it became dark again I saw my room as though it were floating in a sea, like a boat with a hole and no sails. The boat had overturned and all passengers had drowned. My eyes landed on a mother with two children in her arms. It was difficult to see which of the children was younger and which one was older. While the woman drowned, she shouted at her oldest son: My son, Adam, take care of yourself and your little brother, take care of your little brother, take care of your little brother … These words Adam never forgot.

In some countries and cities we are well received and well cared for. They say, “Feel at home.” The first time I heard that, I took it seriously. I was so happy and thought about the words for a whole week. I began to feel a lot of responsibility for my new home and nice feelings began to grow within me. But unfortunately these words were empty. The people didn’t really mean what they said about being welcomed. The worst thing is that we are seen as strangers and that there is no home for us. The most painful thing is that we do not have any home at all, not even in our motherland.
It’s night, but the sky is pretty bright and so is my room. The atmosphere in my room means that I cannot go back in time or look forward to the future. The best thing is to live in the present, people say, but it is all the more difficult for me now. I miss my friends and I think that I do not have a home where I can feel safe. I remember the day I cried and also wished I had been without parents, just like Adam and Alan. Because I wanted to be able to be with my friends forever. The world is very tough. I remember the time when I fell asleep crying and when I woke up. I realized they had taken my friends. I never saw them again. The cry filled my entire neck.

– It is so good that you are here, Adam says.

– How good it is to hear your voice! How good would it have been if you could touch me? asks Asia.

– I hear the sound from the train again. I run, get stressed and forget something important again, Adam says.

– Get up, get up! You will receive a guest, Adam exclaims.

The storm threw my room window open. The white curtains waved like the flag of a homeless country. The wind and the TV’s loud noises in the hall next to me startled me. I had difficulty opening my eyes. I heard the news on the TV: “Today in the morning there was a riot between the young people and two immigrants who were brothers. The brothers were murdered by the xenophobic youths.” My heart nearly stopped, my whole body was trembling, and I felt faint. I struggled to gather enough strength to go and watch what was happening on the TV. I wanted to see if there was any picture of the two brothers. On the way there, I saw two butterflies. They came to me. One of them patted my cheek with its wings, the other landed on my shoulder.
In the dark I sat among a lot of tired souls. The place was a theater hall. Suddenly the light was focused on me and I stopped as if someone had asked me to clarify a mission. I walked past all the people around me with the light above me. I was close to the platform now. I went up two, three, four stairs and felt myself standing on my ground. It was this place where I could cry and laugh. While I was breathing deeply, I gathered myself. I heard my own voice burst out: “I feel at home here. I feel that I am in our home, the home we have never had and which we have always dreamed of. Here is our homeland that we have never replaced, not even the world’s treasure. Here is our exile, our neighborhood, our street, our garden, our forest, our ruins, our prison, our hospitaland everything else – here is the place of our existence and non-existence. This is the place on the map for utopia.”