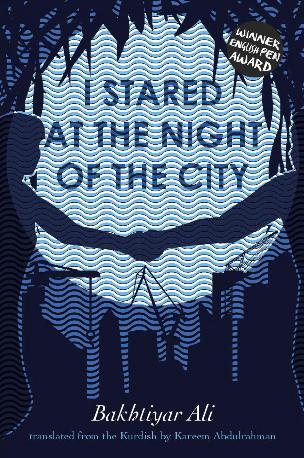 I Stared at the Night of the City

Translated from the Kurdish by Kareem Abdulrahman,

Iraqi Kurdistan at the turn of the twenty-first century is a territory ruled by strongmen, revolutionaries, fixers, bureaucrats and the “Barons” who control everything from livestock and land to Kurdish cultural life.

Defying the absolute power wielded by the Barons, a band of friends led by a poet embarks on an odyssey to find the bodies of two lovers killed unjustly by the authorities. The Barons respond by attempting to crush these would-be avengers, though their real war is waged against the imagination itself – a prized, elusive commodity for which intellectuals, merchants, political elites and humble workers all search in one way or another.

WHY WE LOVE THIS BOOK

I Stared at the Night of the City is a trip, in more ways than one: a tale of extraordinary people traveling great distances, in their minds or with their feet. It is a lyrical interpretation of contemporary Kurdistan, so much in the news nowadays but otherwise so little understood. Told by several unreliable narrators in a kaleidoscope of fragments that all eventually cohere, the novel manages the neat trick of dipping readers into a fantasia just long enough before wrenching them back to hard, cold ‘real life’.