One day everybody will speak about Cemile

“An artist and writer everyone will soon be talking about” says German newspaper Die Zeit about Cemile Sahin.

Based in the capital of Germany, Berlin, Cemile is a young, passionate multimedia visual artist, and recently proved to be a good author as well, with her rich voice, stories, and unconventional interpretations and perspectives on her fragmented roots stretching back to the 1938 Dersim massacres and taking in the controversies of her present life as a second-generation Kurdish Alevi woman growing up in Europe.

She studied fine art at Central Saint Martins College of Art and Design in London and at Berlin University of the Arts. Her works move between film, photography, sculpture, sound and text. Cemile works with images and stories, which she re-stages through film, photography, sculpture, collage and other media. In her work she critically examines the instrumentalization of media and the importance of different perspectives for historiography, as well as the question of changing history and its narrative through construction from different – or even contradictory – perspectives. 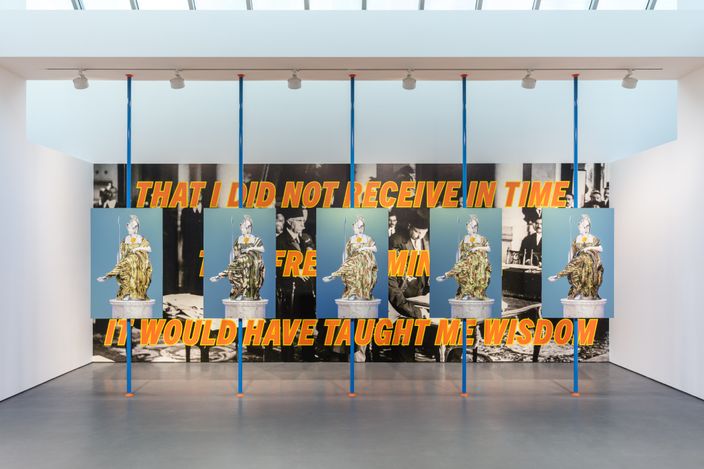 In 2019, she was a scholarship holder of the Junge Akademie at the Akademie der Künste, based in Berlin, founded in 1696, one of the oldest cultural institutes in Europe, and was awarded the renowned Ars Viva Prize for Fine Arts 2020. In addition to prize money, this includes exhibitions at the Galerie für Zeitgenössische Kunst Leipzig and the Kunstverein in Hamburg, a catalogue publication and an artist residency in Canada. The prize is awarded to cultural professionals in whom the jury recognizes “trend-setting artistic potential”.

Her art installation created as part of the ensuing fellowship entitled “car, road, mountain” was exhibited last year at Kunstverein Hamburg, which was founded in 1817, making it one of the oldest art associations in Germany, one which is committed to the mediation of contemporary art, along with the workshop addressing digitality, post-truth and historiography as well as contemporary artistic strategies against misinformation and propaganda.

In her visual project “car, road, mountain”, she says on Turkish television, footage of mountains in which terrorists are said to be hiding is part of everyday reporting. These images ultimately serve domestic political stability through a seemingly external enemy. In Sahin’s video work, consisting of a montage of news images, this is contradicted by the cutting technique. The image of the mountain has become an absurd and downright comedic part of everyday life and entertainment culture in Turkey. The installation consists of photographs, a video work, an advertising banner and two aircraft evacuation slides. They refer to news images and the fact that they can be manipulated. The nine photographs show various people posing on Ardahan Mountain in Turkey before what is known as the Shadow of Atatürk. The mountain itself casts this shadow when the sun is at a particular height and has become a place of pilgrimage because of it. The aircraft evacuation slides themselves become mountains in the exhibition space and connect the individual elements of the installation.

Her debut novel TAXI was published in 2019 and she was praised as “a force” by literary critics and journalists. In 2020, Sahin received the Alfred Döblin Medal, which honours authors for their first promising publications and their literary work, for her debut novel and visual works. Her novel TAXI was performed for the first time in April 2021 at Residence Theatre (Residenztheater in German) of Munich as a nineteen-part podcast reading series. Her second book ALLE HUNDE STERBEN (All Dogs Die) was published in 2020 by Aufbau Verlag and deals with the atrocities of the Turkish military against the Kurdish population in Turkey. How do you live with violence and trauma? How do you cope with the threat of them recurring? These are among the urgent questions posed by Cemile Sahin’s latest novel – a haunting and brilliant tale of people on the edge.

Personal history of ancestors and untold stories have become the main force behind her art and narratives. She is especially very interested in researching more on the 1938 massacres in Dersim as some of her family members were killed during this period. “The images of war and the lost beloved ones have always been present in our lives at home while growing up even in Germany. My parents did want to know what our ancestors went through. I am glad they did it, as it is important to know your past,” says Cemile.

She thinks that being from Dersim, and so an Alevi Kurd, imposes a special circumstance on her life as it is a controversial region for the Turkish nationalists living in Germany. “I am glad that my family lives in Europe and are not subjected to any pressure in Turkey, but we have another reality here. Turkish nationalists that we are surrounded by. If you stand up as a Kurdish Alevi woman in public, you can get a lot of hatred from Turkish nationalists. Germany has become little Turkey in that respect,” says Cemile.

She thinks people can be stigmatized because of the period when they came to Germany. If you are a child of guest worker it is fine, but if you came in the 1980s, they think you might be the child of an asylum seeker, and that is not safe at all. So her situation is not safe at all. She receives death threats; her bell is rung at random times to unsettle her. This is becoming a usual part of the life of outspoken individuals like her.

In fact, when you meet a diaspora child for your research, you think you will be listening to stories of discrimination by the host country and its society, being the target of media or right-wing parties. However, Europe is full of surprises and diversity, but Germany is always a special case for Kurds. Kurdish protestors and those who publicly voice their objections to the policies of the Turkish state, regardless of the movement or the party they represent, are becoming criminalized by German police forces and media if they are not leftist, “whereas Turkish ultra-right wings with wolf symbols in Turkish protests do not bother German police or authorities at all. German society is neutral about this double standard on Kurds as so many of them don’t even know the difference between Turks and Kurds, so they don’t care. On the other hand, amongst different migrant communities coming together for a cause in Germany, Kurds are almost invisible. Kurds in Germany are minorities of minorities,” says Cemile. Meanwhile, due to her popularity in political art and literature in German, she is the target of Turkish nationalists in Germany.

Being considered a political activist is a bit awkward for her, as she never wanted this, all she wants to do is art with political themes or references. Working with a variety of media, she wants to explore how history and its narration changes when it is constructed through diverse—or even contradictory—points of view, political and artistic discourse, performances and personal narratives. What she is suffering, thank God not by well-informed art lovers or institutions, is that her unique and individualistic expression of politics with social commentary is stripped of its artistic creativity and seen just as some sort of political activism lacking the maker’s unique perception of art. Eaton argued that “aesthetic experience can be as deep and as genuine to the one who uses soil, or wood, or grass to shape his best concept as to one who does the same with paint or marble; and that the spade, the ax, and the scythe are as much tools for artistic expression as are the brush and the chisel”. Accordingly, does it matter how you produce your art?

After all, art exists to protect our sanity. This is exactly what Cemile tries to do with her art. It puts deep and aesthetic sets in front of us in order to prevent us from going crazy in our world, which becomes more and more inextricable with each passing day.