Culture Project’s activists took an active part in an event organised by (X-Line) organisation which was organised in the old Tobacco Factory which is now turned into a cultural venue. This event was organised for networking, and various activities among different organisations on the occasion of International Women’s Day. 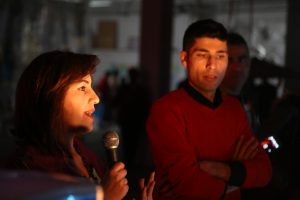 In addition to this, Khanda Hameed spoke about the formation of Culture Project student group at the university of Sulaymania ( Culture Project Society) as a platform for creative and art students who have interest in gender and feminism and raise awareness about gender via art. 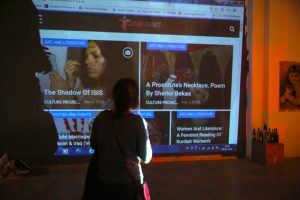