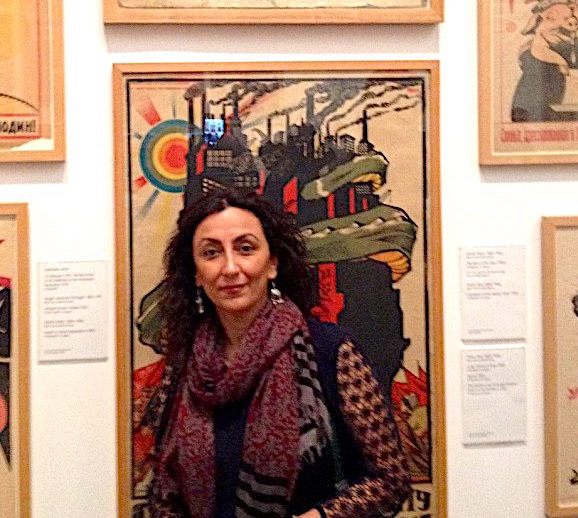 Mosul And The Plight Of Women

For the past two years since the taking over of Mosul by ISIS terrorists, people in the region have been anticipating the recapture of Mosul from the Islamic State. To see this city and the entire region cleared from ISIS is what we all want. The grim reality and the aftermath of this operation is another problem. This is not the first war, invasion, exodus or bombardment of the city of Mosul or any other place in Iraq. War, sanctions, devastations, mass murder, genocide and persecutions have formed part of people’s daily lives. This is not the first city, and will not be the last to be ruled by Islamists, as prior to the ISIS invasion, the Iraqi Army of the Shi’a origin were already oppressing ordinary people of Mosul and treating them as inferior due to their “Sunni” origin. The Shi’a-Sunni divide in this region has deep historic roots and unfortunately this divide provides the potential for a breeding ground of Islamic extremism among both sects.

Since its formation as a nation state, Iraq has become an example of a failed state; a failure in terms of running the government on the basis of equal citizenship. Instead of providing or seeking to at least provide the minimal structures for welfare, citizenship, basic rights and freedoms, the Iraqi Government has aimed at creating so-called “unity” on Iraq’s “territory” on the basis of killing, discrimination and mass murder of an entire people like the Kurdish population. This is notwithstanding, aggravating and politicizing the ancient divide of Sunni- Shi’a rhetoric that is ongoing.

Endless numbers of Iraqi political warlords and their allies have rallied people behind them for devastating sectarian divisions, killing and wiping out one another. I have to admit that for a long time I thought that most ordinary people will not follow these warlords but unfortunately they do, and they become participants in this bloodshed. Yet a lot of other non-complaisant ordinary civilians have fallen victims to militias and paramilitary violence because of their ethnic origin and non-compliance with their oppressive rule.

One major question raises itself out of this chaos and sectarian war and division in the battle to recapture Mosul is what will happen to women? How WILL the unfolding situation leave its mark on them? The plight of women and young girls however is and will be the worst of all. As a consequence of their gender women are treated in the most barbaric ways in these conflicts. As is a practice in almost all wars, rape is being used as weapon of war against women. Forced marriages to jihadists, forced veiling and wearing of the burqa are just part and parcel of the oppression of women. Let alone poverty, displacement, hunger, devastation and trafficking for prostitution.

It is very clear that huge numbers of women from Mosul will face added threats. One of the dangers they will face will be due to patriarchal, masculinist, tribal practices against women who might suffer rape by ISIS fighters, where even a suspicion of a woman having been raped is sufficient for a serious risk of “honour killing” by family or tribe members. This is going to be very hard to deter in the dire context of war zones such as the one existing now in Mosul.

Another major problem is the plight of Yezidi women who have been captured by ISIS since the capture of Sinjar in August 2014. The fate of thousands of Yezidi women and young girls is not known following the attacks on Mosul. In addition, there is the plight of thousands of ordinary civilians coming under bombardments by US and other forces. This chaos in the region is an accumulation of imperialist interventions, as their interference only complicated the local conflicts and turned lives of millions of ordinary people into a living hell.

The US intervention in this region over the past years by using pretexts such as saving women from the Taliban in Afghanistan or the Iraqi people from the tyranny of the Ba’athist regime or liberating Mosul and Syria from ISIS, are simply excuses to further dominate this region and it is ultimately only a bloody power struggle between competing rivals both at the regional and international level. Invading countries, supporting Islamist groups in the region, aggravating sectarianism have held ordinary people hostages to bloody wars that really have nothing to do with them. The role that the US and some EU countries are playing in both nurturing Islamism on the one hand and pretending to save the people from its tyranny on the other hand is deliberately confusing and hypocritical. Iraq has been turned into one of the most bloodiest countries on earth.

Millions of people in this region have been forced to flee their homes, seek refuge or simply die. Protecting the lives of civilians, providing safe places, and making sure they return to their homes safe after this operation is what the people of Mosul need. Little gestures of charity by humanitarian organisations are only a small plaster on deep wounds and a temporary solution. What the people of this region really need is a long lasting peace and an end to sectarian division by local political warlords and an end to foreign intervention. What they wish for is life where they have a normal routine, not compelled to live each day under a state of war and terror.