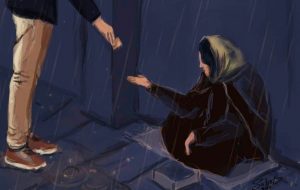 The Meaning of Art: Rezan Betoula’s Identity and Self-Liberation