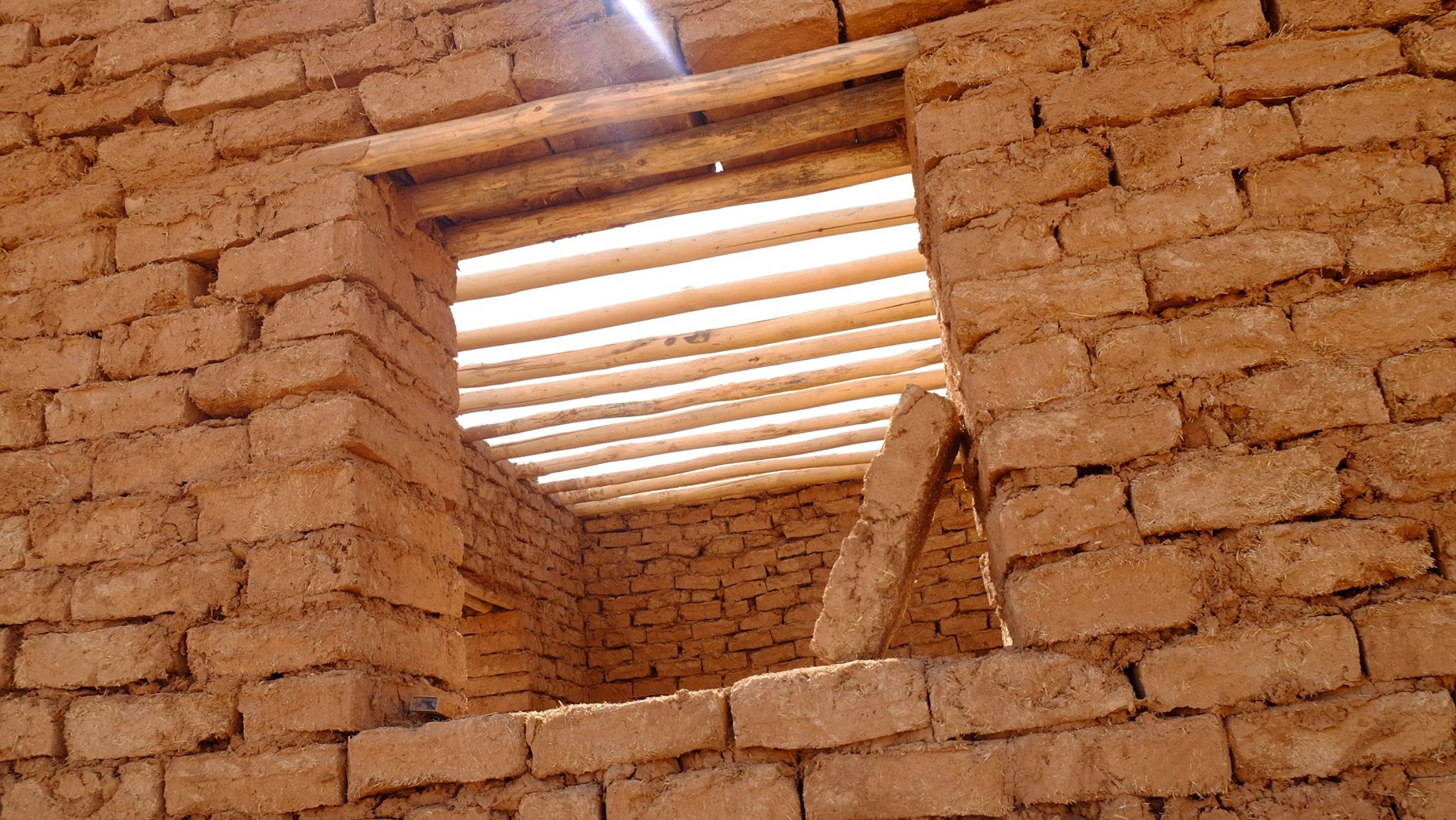 Ecological Feminism is a concept that has come to be known as ‘Ecofeminism.’ It is an ideology that combines ecology, which is the study of the relationship between living beings and their environment, with feminism, in an attempt to provide alternative solutions to the shared concerns of both fields.

Ecofeminism, as a branch of feminism, emerged in the 1970s. Ideally, it demands justice for all neglected lives: non-human animals, nature, and women. Many academic works have been written on Ecofeminism, addressing its philosophical, political, social, and cultural aspects. Nevertheless, its primary mission is to provoke greater gender awareness on gender-based experiences in politics, economy, and the social sphere. It encourages social changes and sustainable existence. Ecofeminism is often criticized because the alternative approaches it suggests in order to achieve a more sustainable way of life appear too difficult or not entirely realistic. Jinwar could be the answer to the questions raised by policymakers around the globe who doubt that an Ecofeminist way of living could become a reality. (Gaard 1993).

This essay aims to explore the relevance between Ecofeminism as theory and Jinwar Village as a real-life alternative project for women who have gone through the worst of what life can offer.

When humans developed agriculture, every society they formed, regardless of what religious beliefs and political structures they embraced, had one element in common: ‘Gender-based Division.’ Humanity broke into two fundamental categories, men and women. Since that time, no society has been free from the gender struggle. Although numerous myths and theories have sought to answer why patriarchal culture has dominated our world order, none can thoroughly demonstrate a critique-free reason. (Harrari 2015).

As a result, masculinity and femininity emerged as the two most historically crucial factors defining men and women’s characters and qualities. For instance, patriarchal systems have promoted men’s association with reason and logical thinking, while devaluing what was socially constructed as feminine values, such as caring and nurturing. Perhaps they assumed nurturing to be a female value because of women’s ability to give birth. Ecofeminism posits that this traditional categorization of men as rational and women as emotional enabled the centuries-long oppression of women by the patriarchy. (Gaard 1993).

As a result, Ecofeminism emerged as a theory and philosophy to advocate for the liberation of all oppressed groups: plants, non-human animals, women, and the Earth in general. All beings should enjoy a free and sustainable life in the Ecofeminist paradise.

Ecofeminism acknowledges the relationship between women and nature; it carefully studies the cultural, social, and political norms that shaped this relationship throughout history. While some feminists might view this type of association of women with nature positively, some Ecofeminists criticize it, arguing that no ontological evidence demonstrates that women are closer to nature than men. Instead, it is the common mythical understanding that allows men to view themselves as superior to nature and women, which leads to the delusion that they can exploit both for their own needs. Similarly, Ecofeminism believes that the reason patriarchal systems tend to associate women and feminine characteristics with nature is to control, oppress, and exploit both. (Salleh 1997).

Jinwar is a tiny ethnic and religiously diverse village in the Kurdish part of Syria, built by the female labour force. When speaking to international media such as CNN and The Independent, the women of Jinwar have described their village as a safe and happy place where they all live with dignity. The name Jinwar means women’s land in Kurdish; no men are allowed to stay overnight. The council that runs the village consists of the residents themselves. Women directly manage the village work, from the administrative issues of the council to the harvesting of the land and the preparation of meals. The lifestyle in Jinwar is communal; residents cook and eat together, gather in the communal garden, and take turns becoming head of the council, which means that every woman at Jinwar has the opportunity to participate in managerial roles. Most of the women who live in Jinwar are ISIS survivors who have suffered extreme acts of violence and the brutality of terrorism. Others have escaped cultural oppression at the hands of their own families. (Loumay Alesali and Christina Zdanowicz, 2020). A strong woman who desires to lead an independent life is not that popular anywhere, much less in a place that was home to both civil war and the ISIS war, such as the Kurdish part of Syria.

The women of Jinwar did not choose to live that in the village simply because they had nowhere else to go; they actively chose a life free from inequality and society-imposed gender roles. In Jinwar, women have the voice the outside world denied them, and they provide for themselves the safety their families couldn’t afford to give them. (Welcome to Jinwar, a women-only village in Syria that wants to smash the patriarchy, 2020). Although Jinwar is a tiny model of alternative living that was mainly established to provide women survivors with a safe place to live, in many ways, this model is identical to what Ecofeminists consider their end goal: a system with healthy and sustainable ecology, which embraces the collective well-being of those who exist in it, including women, plants, animals, and earth.

The women of Jinwar live an ecologically friendly life; they eat the food they grow from their lands, the lands they treat with respect, in a sustainable manner. They have managed to make a limited income by selling their handicraft to villages nearby. They are paid by the council for the daily work they perform as well. In addition to the financial aid, Jinwar receives aid from local and international organizations. Also, they have built a small hospital that provides alternative healing. More importantly, all the children and women receive education in Jinwar; the topics they learn range from first aid to English classes. Ecofeminism does not suggest a world without men, nor does Jinwar; the mothers raise their children, both girls and boys, according to ecological and feminist values embraced by the village. When the kids become adults, they can either stay or continue their lives outside of the town. (Loumay Alesali and Christina Zdanowicz, 2020).

To conclude, Ecofeminism is about creating a kind of system where not only different races and genders, but all beings can live in harmony together. It challenges humanity to be accountable towards nature and animals. Ecofeminism provides a critical view of why the historical association of women with nature did not do any good. The women’s village of Jinwar is a bold example of an Ecofeminist way of living in the Middle East. The fact that women survivors built this project in the middle of a devastated war zone only makes it more courageous. Kurdish women rose again to rebuild their lives, only this time, they chose a life free from patriarchal oppression. Now they are educating their sons about feminism, equality, and respect for nature. Although the future of the region is unpredictable, the women of Jinwar didn’t give up on their newly found freedom. Even if it is on a small scale, they have shown the world that when women rule a system, it can be — and has proven to be — filled with peace, coexistence, and respect for all.

The Independent. 2020. Welcome To Jinwar, A Women-Only Village In Syria That Wants To Smash The Patriarchy. [online] Available at: <https://www.independent.co.uk/news/world/middle-east/jinwar-syria-north-patriarchy-kurdish-women-raqqa-a8661866.html> [Accessed 3 July 2020].