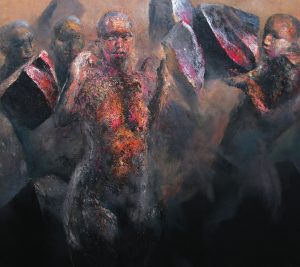 A Man Dies in me