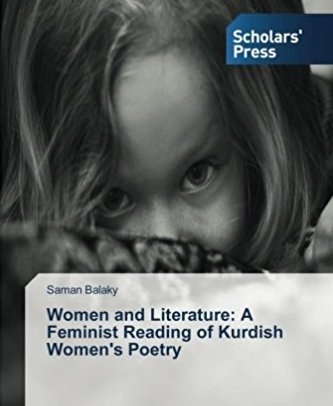 Women and Literature: A Feminist Reading of Kurdish Women’s Poetry 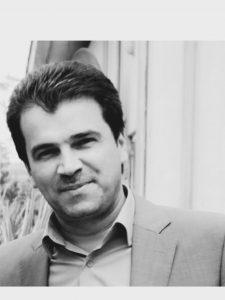 This research is a detailed feminist reading of the poetry of a select group of female Kurdish poets whose work was written in Sorani Kurdish. The poets come from two locations, but are originally from Iraqi Kurdistan. A group of them live in the diaspora and the rest are based within Kurdistan. The study focuses on the period 1990-2009. There are obvious reasons for the selection of this time. It is the period when Kurdish women’s poetry flourishes in southern Kurdistan. The study argues that the liberation of southern Kurdistan in 1991 from the Iraqi Ba’ath regime plays a vital role in the reemergence of Kurdish women’s poetry, after decades of silence and suppression.

Reliance on Anglo-American feminist criticism, Showalter’s gynocritics and some limited theories about the relation between gender and nationalism for the thematic analysis of the poetry of Kurdish women poets is another important aspect of this study. The study justifies the importance of these theories for giving Kurdish women’s poetry the literary and social value it deserves and placing it within the larger repertoire of Kurdish literature. It is these theories that reveal the misjudgment and misapprehension of Kurdish women’s poetry by Kurdish male critics.

Meanwhile, an extensive thematic analysis of the poetry of diasporic and local Kurdish women poets forms the core content of this work. The work studies the poetic texts of seventeen Kurdish women poets, seven from the diaspora, and 10 from home. The themes to be focused on represent the realities of life for Kurdish women and the attitudes of Kurdish society towards them. Through the exposition of these themes, this study aims to present a realistic picture of Kurdish women and urges for actions to be taken to guarantee gender justice in southern Kurdistan. The themes symbolise a long-term war waged jointly by Kurdish women poets at home and in exile against the Kurdish patriarchy and its misogynistic laws. They reflect the injustice committed against women in a century when the respect of women’s rights has taken big steps forward elsewhere and should theoretically be ensured.

The conclusion the study reaches is an emphasis on the overall condition of Kurdish women’s poetry and the challenges lying ahead of it. It highlights the level of progress Kurdish women’s poetry has made in southern Kurdistan and the role feminist criticism, in unison with certain gender theories that criticise the link between women and nation, can play in further developing this type of poetry. Moreover, a rather detailed comparison between the thematic structure and form of the poetry of diasporic and home Kurdish women poets enriches the conclusion. The influence of exile on diaspora Kurdish women poets and its relation to freedom of expression is also underlined and measured against opposite conditions back at home. Finally, the point where the poets of the two different localities converge is also considered.

Saman Salah Balaky, has a PhD in Kurdish literature from the University of Exeter in the UK. His areas of research interest are Kurdish literature, feminist and gender studies, postcolonial and English literatures. He has several academic and non-academic publications and articles on a variety of subjects and disciplines. He has published three books in English. Balaky writes and publishes in both Kurdish and English. He is now a lecturer at the English department of college of languages at Salahddin university in Erbil, Iraqi Kurdistan Region.

This book was published by Scholar’s Press and could be purchased from Amazon: https://www.amazon.com/Women-Literature-Feminist-Reading-Kurdish/dp/3639717821