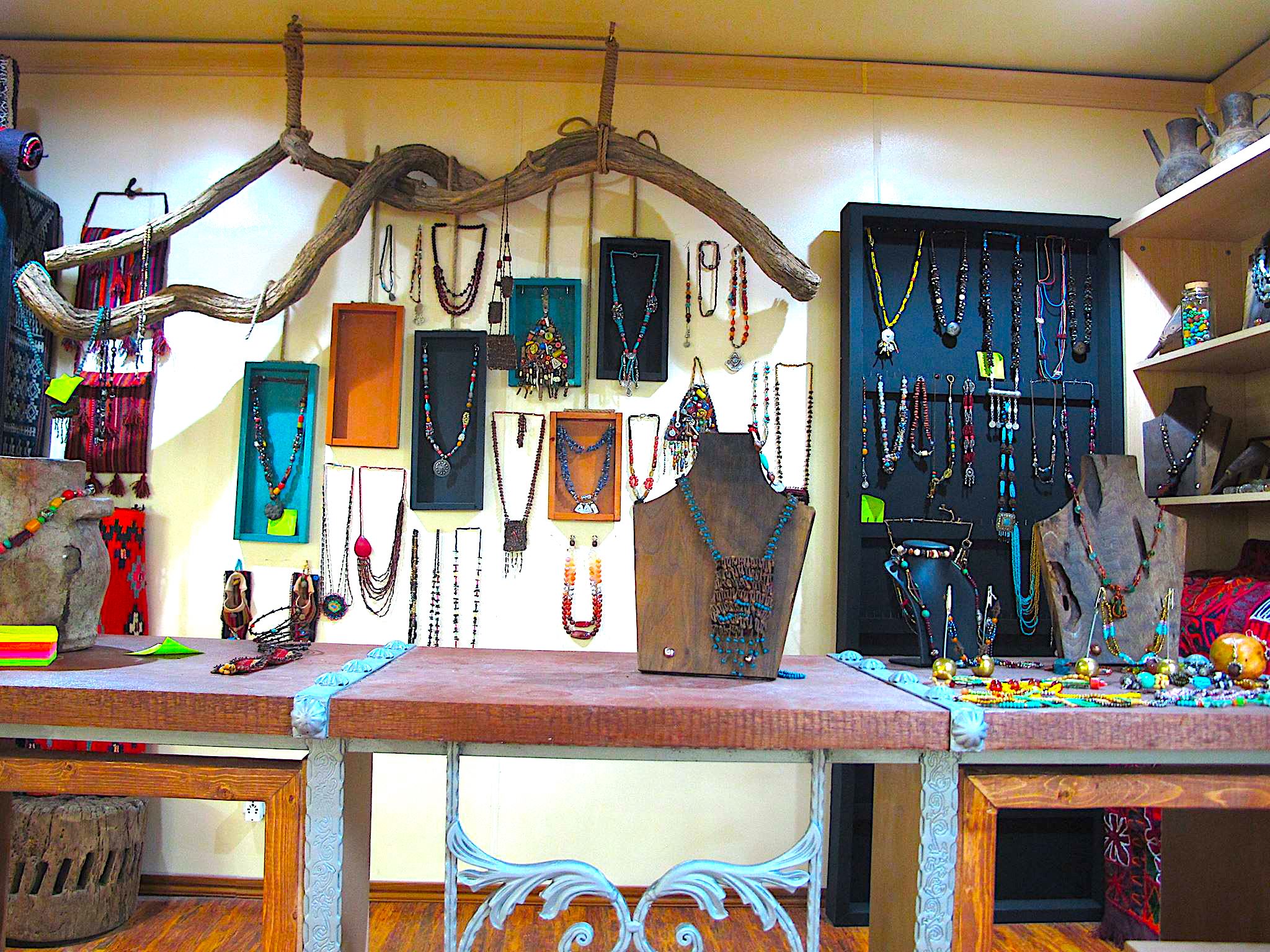 On the 27th of August 2016 an exhibition by artist Sahira Ismail entitled ‘a house made of Rags’ was launched. Hosted at the museum of Sulaymania, the exhibition contained fourteen unique abstract works of art typically collage in form and made of different materials such as fabric, synthetic fibre, nails and other types of metal.

The exhibition lasted three days, many people visited it and it was heralded as an excitingly different kind of art exhibition compared to past ones given the unique combination of art employed by Sahira Ismail. For Sahira, this exhibition was an opportunity to thematise two principal ideas for a large, engaging audience: first, the virtues of reusing discarded materials; second, to give artistic value and meaning to the indispensable role of women in the world of work.

Since 2004, Sahira has been in charge of operational management at Aram Gallery. Sahira’s first work was to create necklaces made of cloves and other handmade works. From a very young age Sahira has maintained this hobby, and during the past few years she has been making hand crafts within the confines of her own home solely for herself. One of the necklaces she made when she was only twelve years old is still in her possession.

Later on, she realized that she should turn this work into an art project and thus develop it further. In 2013, she opened her first ever exhibition in Aram Gallery, which became a permanent installation which currently hosts a collection of art and jewellery made by Sahira. A lot of her designs are not only well-known but  have also influenced many to such a degree that her designs have been recast in various other forms.

Sahira has been influenced by various works of art at different times and by a number of different people. For example, the long history of artistic activities in the Aram Gallery which range from art exhibitions, literary and poetry reading, and seminars, had a considerable impact on her. In addition, the close working-relationship with her artist husband, Aram Ali, has had an immense impact on her in that it forms a considerable basis for her work. In terms of the influence that underpins her work Sahira says that:

“Without doubt, no matter the work a human does (whether they be male or female), they think about its progress, and I am no exception to that. I have also been influenced by my family who were tailors who would, aside for their tailoring work, design and make things such as cushions, small mattress pads, gloves, etc.”

As a child, Sahira would make impressive dresses for her dolls, thus showing her strong penchant for art and design at a young age. According to Sahira, this was considerably influenced by her grandmother’s prodigious hand work: “What remains in my memory now is a vintage wool quilt that was knitted by my grandmother which was done in a very nice way”

“My worldview for the work that women engaged in during the past is one that can now constitute a fundamental aesthetics.”