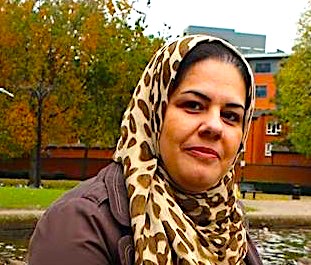 The concept (or rather cultural practice) of so-called “honour killings” against women has its roots in the belief that women, unlike men, are mere objects and commodities. Indeed, its roots are buried in an idea that women are not – and cannot be – endowed with dignity and rights equal to those of men.

Dig down deeper, though, and you’ll likely find the unpalatable fact that honour based violence in given cultures against women is a wanton activity carried out, principally, in order to completely control women and girls who happen to be within that community. The way they comport themselves – especially in relation to their sexuality – becomes strictly scrutinized, such as the manner in which they dress, how they communicate with men, their beliefs, etc.

Women are considered the property of male relatives and are thus seen to embody the honour of the men to whom they “belong.” Women’s bodies are considered the repositories of ‘family honour’. The concepts of both male-status and family-status are of particular importance in cultures where honour-killings occur and where women are viewed as responsible for upholding a family’s “honour.” If a woman or girl is accused (or even suspected) of engaging in behaviour that could taint male and/or family status, she may face brutal retaliation from her relatives which, repugnantly, often results in violent-death.

The concept of honour killing (more broadly) used in the act of rationalising murder is built  upon the misplaced idea that an individual’s honour is anchored on how others behave and that such behaviours must be put in check and controlled. This notion therefore makes the behaviour of other individuals an integral part of one’s self-esteem and community consideration. This idea of honour is completely unique in meaning from that idea of honour being completely dependent on an individual’s personal behaviour and character.  Honour, in the social relation concept, is described as an understanding of a power wielding group in their effort to define, expand, and protect its heritage in a competitive environment. Many traditional patriarchal societies have ironically defined honour as the operative views of a power wielding group to rely on the behaviours of other people for their own honour.

We know that the honour status and acceptability in the traditional society concept is dependent on the honour of the family or the clan, and this honour is anchored on the manner by which the female members of the community conduct themselves or behave.

However, in the realm of those more traditional societies, such as those in the middle-east, women cannot claim any right to honour as individuals who are distinct from that of the entire family unit, but their individual acts can result in dishonouring the family, especially acts pertaining to real or imagined sexual misconduct. Sadly, an immense negative power is assigned to the female members of the family with the result that any act of misconduct is said to bring dishonour to the entire male members in a community or family lineage.

What, though, constitutes the fulcrum of a woman’s honour in societies where honour killings against women actually occur? Putting it another way, what central aspects of a woman’s character seem to be inextricably linked to any “justification” for honour killing against women? It’s fairly obvious: a woman’s purity, her moral status, and her simplicity (whilst there’s a lot of crossover here, I will keep these distinct for the sake of exposition). Indeed, a woman’s purity mirrors her family’s honour and status. This cruel eccentricity is kept in line by the systematic and harsh control imposed over women’s social and sexual activities.

Female scholars in the field of social anthropology, as well as in other academic fields, have come up with completely new preferences and new sets of procedural methods that question the framework with which honour and shame are being presented by their male counterparts. So much so, there are two main (but different) sides involved with respect to a woman’s perspective whenever the subject of honour and shame are discussed.

The first one was presented by a scholar, the preeminent radical Egyptian feminist  El Saadawi, who has figured prominently on issues concerning Middle Eastern feminist literature and activism, as well as on the subject of honour. El Saadawi has a strong belief that honour crimes are nothing less than the murdering of women by those male members of her family for what they discern to be an act committed in violation of what is supposed to be the social standard with regards to sexuality, or just the mere suspicion that a woman has acted beyond the limits of perceived acceptable social behaviour that has been set by tradition.

The second perspective stresses the importance of efforts exerted in trying to incorporate a woman’s unique experience and comprehension with regards to honour and shame. Such attempts have been met with considerable difficulties owing to the fact that most of the ancient literature being exclusively authored is from the point of view of a man. Anthropologists today still encounter obstacles in any attempt of gaining access to women’s worlds – that is, their unique experiences. This is why this area is continuously experiencing change as questions are posed on old theories, while new theories are trialled. Despite the fact that the situation does not offer the opportunity to give definite answers, it is still important that some of these questions in discussion be pointed out.

As a result of numerous findings in studies, we must surely mention that most cases of so-called honour killing are documented in Muslim countries. Interestingly, intensified globalisation of Western culture brought into the open has exposed numerous violations of women’s rights in Eastern culture which has lead to clashes in culture – introducing a wave of social norms that has led to women and girls shunning arranged and patriarchal marriage choices imposed on them by opting to choose their own partners. Such changes are, of course, angering many deeply religious traditional cultured indigenous individuals.

The points of view of many Islamists with regards to the connection between Islam and honour killings are anchored more on the influence of religion regarding the act of honour-murder rather than on religion itself. The practice of Islamic values is not limited to what is written in their sacred scriptures but rather includes cultural ideas. There are two points to this that I want to end this article by delineating:

First is that honour killings have long been incorporated into the Islamic communities and it has gained approval in the Islamic nations of the Middle East (and countries such as India, Pakistan, Turkey and the Balkans) despite the fact of its origin being traced to pre-Islamic Arab tribalism.

Second, is the fitting of honour killing into a larger structure of custom that comes from the quality of a Muslim life without basically being Islamic but enjoying tacit endorsement of Muslim authorities. One such example is female circumcision known as female genital mutilation (FGM) mostly prevalent in Muslim African countries, yet such practice is never mentioned in any Islamic sacred texts and neither is it of Islamic origin, yet many religious authorities link the practice to Islamic principles. Specifically, female genital mutilation was a practice of pre-Islamic custom, but modern authorities of Islam felt that is worth Islamic concept.