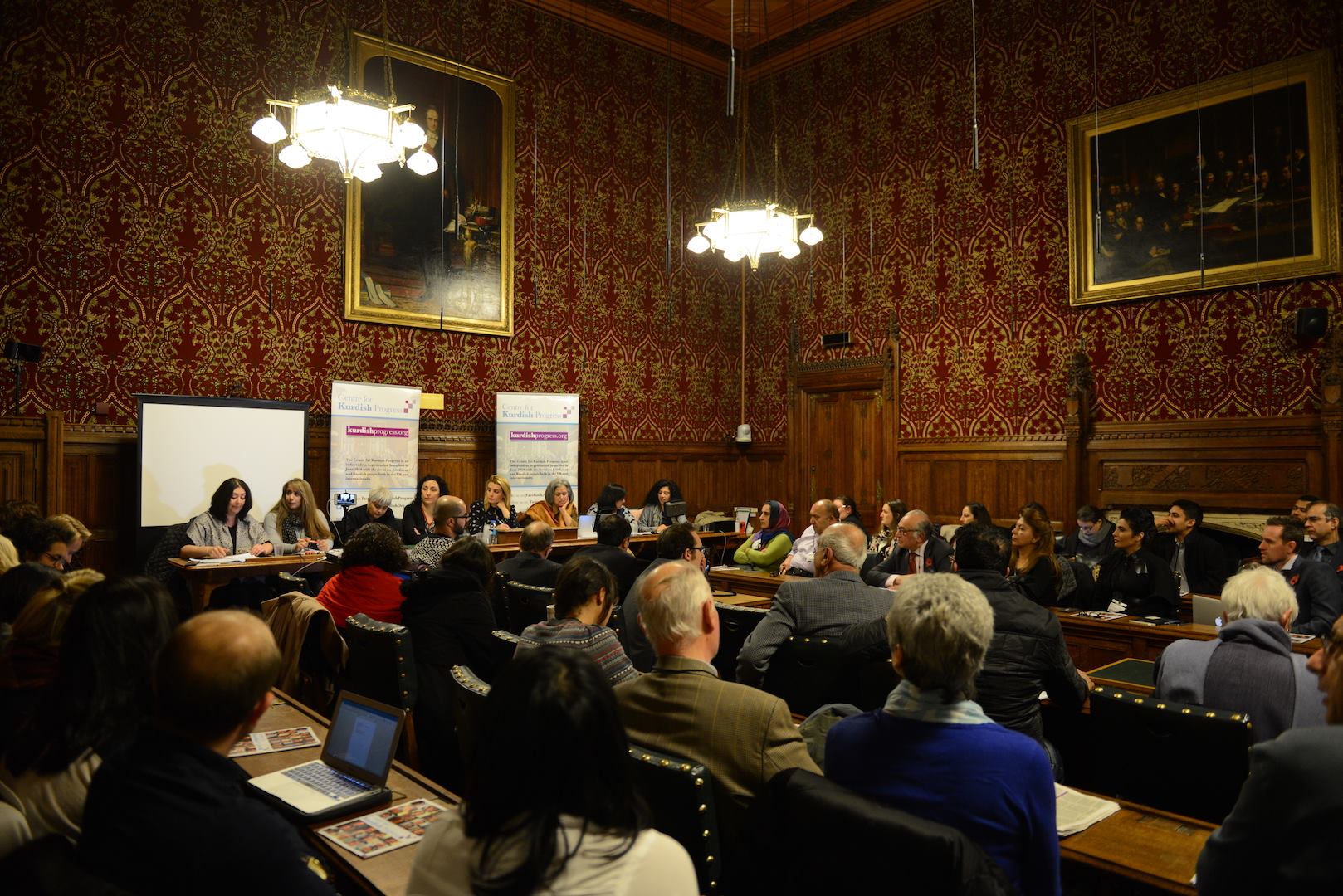 The Culture Project in cooperation with the Centre for Kurdish Progress, One Law for All, Southall Black Sisters, Centre for Secular Space, Iranian and Kurdish Women’s Rights Organisation and Muslims for Secular Democracy organised a seminar on the 7th of November 2016  on (Sharia Law, Legal Pluralism and Access to Justice). The Seminar was opened by Ms Joan Ryan MP for Enfield, and chaired by Ms Raife Aytek, Director of the Centre for Kurdish Progress.

Activists among them H

ouzan Mahmoud, founder of the Culture Project, spoke about Muslim women between “choice” and “agency”, Maryam Namazie spoke of the links between  Sharia Councils and transnational Islamism, Dr. Savin Bapir, Psychologist, spoke about why we need to understand Sharia Courts as a form of violence against women and girls; survivor Gina Khan gave a personal testimony of how she had been treated by Sharia Courts in the UK;  Yasmin Rehman spoke about ‘A Woman’s worth’ in Sharia Courts and  Pragna Patel spoke on the theme of, ‘Religious Fundamentalism and the Law: Facilitating Access to Justice?’ Finally, Gita Sahgal outlined whether ‘parallel courts could be regulated?’

Panellists expressed their concerns about the fact that Sharia Councils or Courts continue to exist in the UK while women in the Middle East and Asia are fighting against them. In addition they showed their concern about how women from non-Western backgrounds could be subjected to rulings of Sharia in their divorce proceedings and marriages. They also considered the Sharia Councils to be operating as parallel legal systems in which women are treated unfairly, unjustly and including when women are seeking divorce or custody over children.

The panellists outlined their concerns over the existence of such courts, and if they are not banned they would be able to create havoc for generations to come and it will damage gender relations and badly harm children who are caught up in this process.