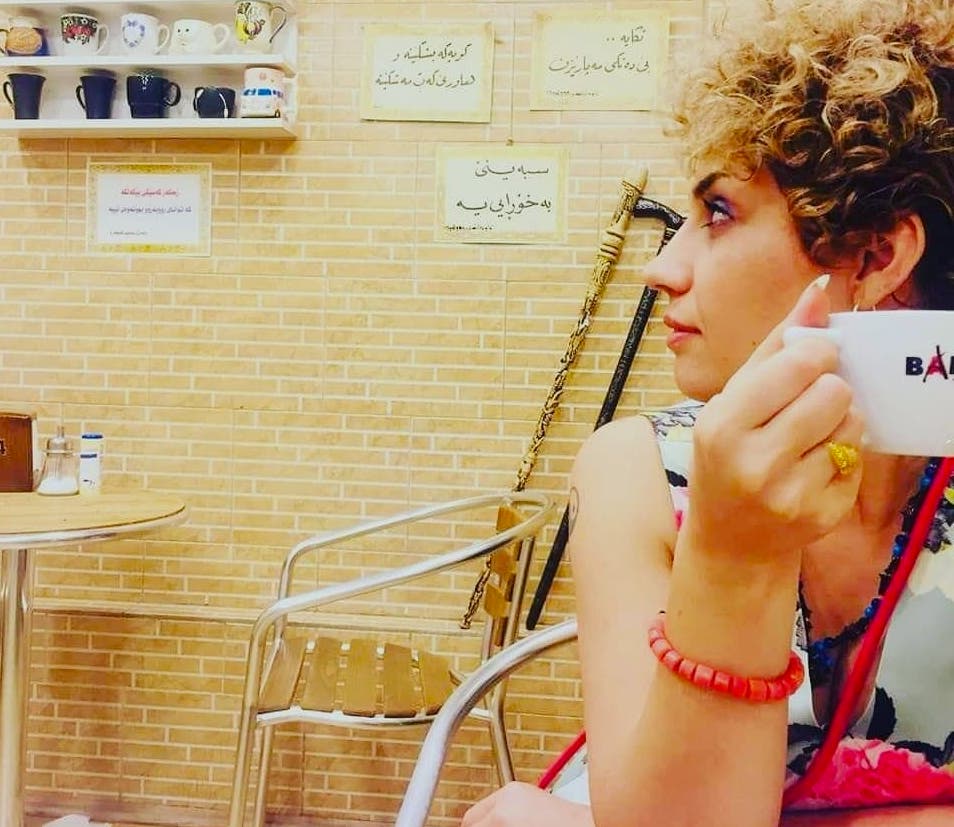 There was knocking at the door. It was our neighbour.
“You have to leave, sir!”

“No!” said my father. “How many times have the Kurds had to flee the city? I’m tired of it.”

“Saddam’s army is coming! Do you hear me? God knows what Saddam’s army will do to us.” My father sighed. “You are right. Everyone, hurry! Grab whatever you can!” he yelled, “We have to go!”

I ran and grabbed my new shoes: white sandals with ankle straps. I got them as a Nawroz gift for Kurdish New Year.

“Because we are going to the mountains, and those shoes won’t last long.”

I didn’t listen. I was a stubborn, eight-year-old girl. I didn’t understand what was happening. Thousands of people were leaving. “Mama, are we going on a trip?” I asked cheerfully. My mom grabbed some bread, and we walked out of the house, leaving everything behind.

“Is the moon escaping too?” I asked my mother. “The moon is guiding us until the sun rises,” said my mom.

We left on foot in the dark, scary night. I held onto my mom’s skirt. Dogs barked, for they were scared like us. The moon shone to light our way.

“Is the moon escaping too?” I asked my mother.

“The moon is guiding us until the sun rises,” said my mom.

After two hours of walking, I was getting tired. “Are we there yet?”

“We have to keep going,” said my dad.

I had no idea that we were going to walk for nine days to the Iraq-Iran border. We were five girls, the youngest two years old. My pregnant mother carried her on her shoulders. My brothers weren’t with us. One of them was a Peshmerga fighter.

I kept my shoes on as long as I could, but at the end of the first day, they broke. I had to leave them behind and walk barefoot.

On the third day, some people in a truck came to distribute food. They threw it into the crowd. I ran to get some when, suddenly, a hand pulled me back. It was my dad, “Food is thrown to dogs, not to humans. Leave it.”

But I was hungry, and our bread was finished, so I started asking people for food in secret and brought it to my mom. After several days, my dad was able to buy some rice and meat.

When it got dark, we slept anywhere we could: on the road, under a tree, or inside an echoing culvert. Once when we were sleeping in a culvert, there was a storm early in the morning. I heard my mom screaming and calling our names. I woke up soaking wet. A flood had washed us out.

During this long journey, I saw many strange things. I told my mother, “Look! A flying cow!”

Once, people lived there, but now the villages were empty, and the borderlands were covered with mines. We came to a river. It was like Judgement Day. Everyone was trying to cross the cold, fast-flowing water to safety. I saw a man fall into the river and drown.

Finally, we crossed the border and reached Baneh city in Kurdistan, Iran. A man shouted something at me that I didn’t understand. My mother pointed to my bare feet. “He wants to buy your shoes.”

They were boys’ shoes. I had to carry them because my feet were swollen. I held them against my chest and kept on walking. They were new, shiny, brown shoes, not pretty like my sandals. But they were shoes!

Shaima Badry is passionate about poetry and short stories. In Kurdistan, she worked as a journalist for various newspapers and as an editor. She has a diploma in Immigration Consultation in Canada.

This short story was originally published on The Shoe Project website:  https://theshoeproject.online/our-program