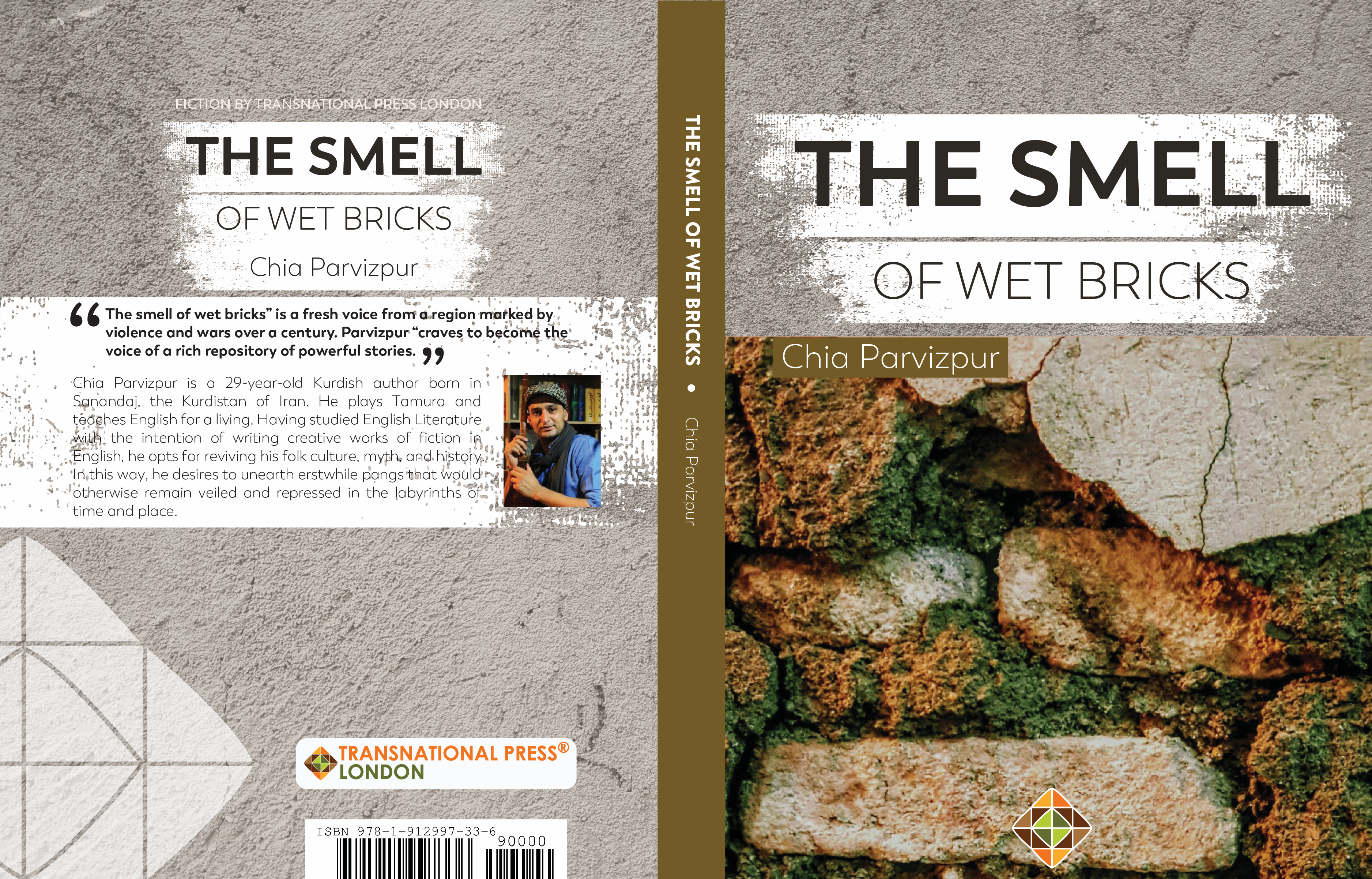 The Smell of Wet Bricks

The Smell of Wet Bricks, by Chia Parvizpur, is the first novel of a surrealist trilogy and was published by Transnational Press London in 2018. The Kurdish version, to be published by Xani Publication in Eastern Kurdistan, is forthcoming.

The dream-like story revolves around a reclusive painter named Resho, who is given a mission by Melek Taus, the Peacock Angel, to become a writer because only words have the potential to give a voice to all those who were forgotten, killed as innocents and lost to history. The novel has no specific setting; instead, it is divided across all four parts of Kurdistan. It is woven through with Kurdish symbolism, music, and myth. Although Resho is the central character, the novel is also written from the perspectives of those close to him, such as his beloved friend, Sirwan.

We get to know Resho through the notebook he keeps, in which he writes about the people of the Silent City. Melek Taus appears to him through strange dreams that he must then write down. Resho sacrifices his life for the sake of the dead of his land. Sirwan then fulfils Resho’s mission by collecting his writings and piecing them together into a novel. The novel has other story lines, such as Resho’s love affair with the Girl, which are phantasmagorically connected to his dreams. The novel ends by revealing the meaning behind its title, a highly significant symbol in the story.

The second novel of the trilogy is currently going through revisions and it is set to be finished soon, while the third novel is still being planned.