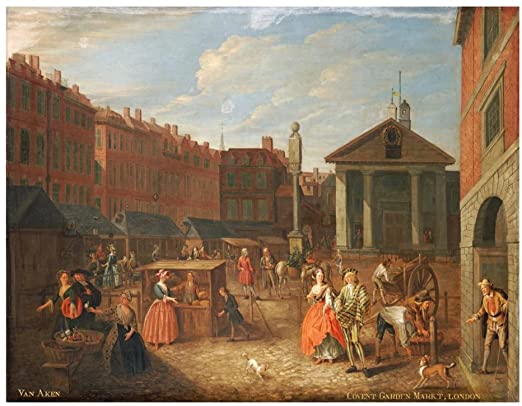 Art is philosophy, and philosophy consists of the following six branches: epistemology, logic, metaphysics, ethics, aesthetics, and politics. Additionally, art is considered a part of aesthetics. A cartoon, for example, can convey an ethical or political argument. According to French art theorist Roger de Piles, painting is art that imitates all visible objects on a flat surface by means of drawing and colour. In contrast, Alan Paskow (2004, pp. 1–3) posits that painting is equivalent to thinking, as it provokes questions, many of them philosophical.

For instance, “Girl with a Pearl Earring” by the Dutch artist Vermeer (1665) inspires various questions: What is the woman thinking or feeling in the moment? Who is the woman? Did she invent anything? Is she turning toward the viewer? Was the audience looking at her and is about to turn away now? This essay aims to explore the following questions: To what extent can paintings reflect the context of great minds? Can art affect the thoughts of political theorists?

Religion and philosophy have grown in opposite directions. Religion is based on faith, whereas philosophy is based on reason and argumentation. Art has served religious traditions as well as philosophical ideas, often conceptualizing various ideas in a single painting.

The famous painting of Lorenzo de’ Medici by Gozzoli (1459) represents the relationship between religion, ruling, and Machiavelli’s ‘The Prince.’ To back this claim up, it is first necessary to examine the story behind the painting. The painting depicts King Lorenzo’s visit to Jerusalem to honor Pope Pius II — head of the Catholic Church and monarch of the Papal States from 19 August 1458 until his death — and Galeazzo Maria Sforza, fifth Duke of Milan from 1466 until his assassination (Paoletti and Radke, 2011, p. 261). It shows King Lorenzo as young and well-prepared. There are people behind him, which shows that the visit is essential for the King. Machiavelli (1992, p. 85, 107) argued that religion is an instrument for the ruler, by which he can convince the masses of his selflessness. He made it clear that the ruler’s sincerity of devotion is irrelevant and that he should not practice faith in religion; instead, he should use religion as a tool to keep society in harmony. ‘The Prince’ was written for Lorenzo de’ Medici, following the 1459 painting by Gozzoli. The painting can thus be considered to have inspired Machiavelli’s ‘The Prince,’ wherein he advises the king not to be personally influenced by religion.

To what extent, then, can art be said to have shaped the thoughts of great thinkers, or inspired them? Buckingham (Buckingham et al., 2011, pp. 157-158) argues that what inspired Rousseau’s vision of the state of nature as charming, delightful, innocent, and virtuous was the Romantic Movement in art and literature, which dominated the late 18th and early 19th centuries.

For instance, the painting by Peter (1745-1829) presents Adam and Eve among various animals, who also live in peace with each other. The painting represents humans in what Rousseau argues is their natural, innocent state, before they were corrupted by “eating of the fruit of the tree of knowledge of good and evil’’ (Cooper, 1962, p. 152). Hence, the painting of Adam and Eve represents a sample of the Romantic Movement that shaped Rosseau’s way of thinking. The Romantic Movement led Rosseau to believe that what corrupted the “natural man” was civil society and knowledge due to the fact, he argues, that humanity’s natural state is innocent, happy, and independent. In contrast, Thomas Hobbes, the English philosopher (1651, p. 78), argues that life, in its natural state, is “nasty, brutish and short.” As the paintings of the Romantic Movement inspired Rousseau’s way of thinking regarding human nature, one can claim that what inspired Machiavelli’s thoughts in his book ‘The Prince’ to advise Caesar to ignore religious traditions was the famous painting by Gozzoli in 1459.

Paintings cannot show ideas in their entirety; they are open to various theories of interpretation. For instance, the painting by Aken (1726–1730) shows a London market, where people see to their daily needs. One can claim that the painting also depicts a capitalist society, as there are no slaves, which means it is not a feudalist society. There are people who appear well-off, and a church can be seen on the right.

The father of capitalism Adam Smith, in his masterpiece, ‘The Wealth of Nations’, discusses the core assumptions of capitalism as an economic system. He believes that establishing a capitalist economic system will solve economic difficulties and promote welfare. Adam Smith (1977, p. 430) argues that the government should not intervene in the market, as it constitutes a violation of ‘natural liberty.’ The painting seems to depict what Adam Smith argues in ‘The Wealth of Nations’ and represents a capitalist society because what Adam Smith claims about capitalism is evident in Aken’s painting.

Adam Smith’s ideas on capitalism, like most other ideas, are subject to debate. For instance, Karl Marx, the German theorist, in his works such as German Ideology, Communist Manifesto, and Das Kapital, criticizes capitalism as the most dangerous economic system of humankind.

He argues that communism is the best alternative system to be established. Marx’s ideas were also backed by art; the painting by Lynch (1925), shows how capitalism exploits the working class. The two paintings by Lynch and Aken are depictions of the same concept — capitalism — but express two opposing opinions on it. For instance, as a capitalist state, Canada is ranked first in the quality of life; in contrast, Afghanistan is another capitalist state with a low ranking in quality of life. One could claim that Aken’s painting represents conditions in Canada, while Lynch’s painting represents those in Afghanistan. Therefore, understanding theorists’ ideas through painting depends on the skill of the artist and the viewer’s perspective.

All in all, there is a strong link between art and philosophy, and art can be used to understand the complex ideas of theorists. The painting by Gozzoli represents one of Machiavelli’s most famous beliefs on the place of religion in ruling. The painting also shows Lorenzo de’ Medici as involved with religious traditions. The painting by Peter can be viewed within the context of the Romantic Movement, which affected Rousseau’s beliefs about human nature and prompted him to claim that human nature is innocent. In contrast, Hobbes thought the state of nature corrupts human beings because there is no law to keep people in harmony. The paintings by Lynch and Aken express two different opinions on capitalism, which are contingent on the art itself and the viewer’s interpretation.

Talib Hishmat Ali is a student of Politics and International Relations at the University of Sulaymaniyah. He is the secretary of the Pell Organization for Development and a writer about political situations in the Middle East.