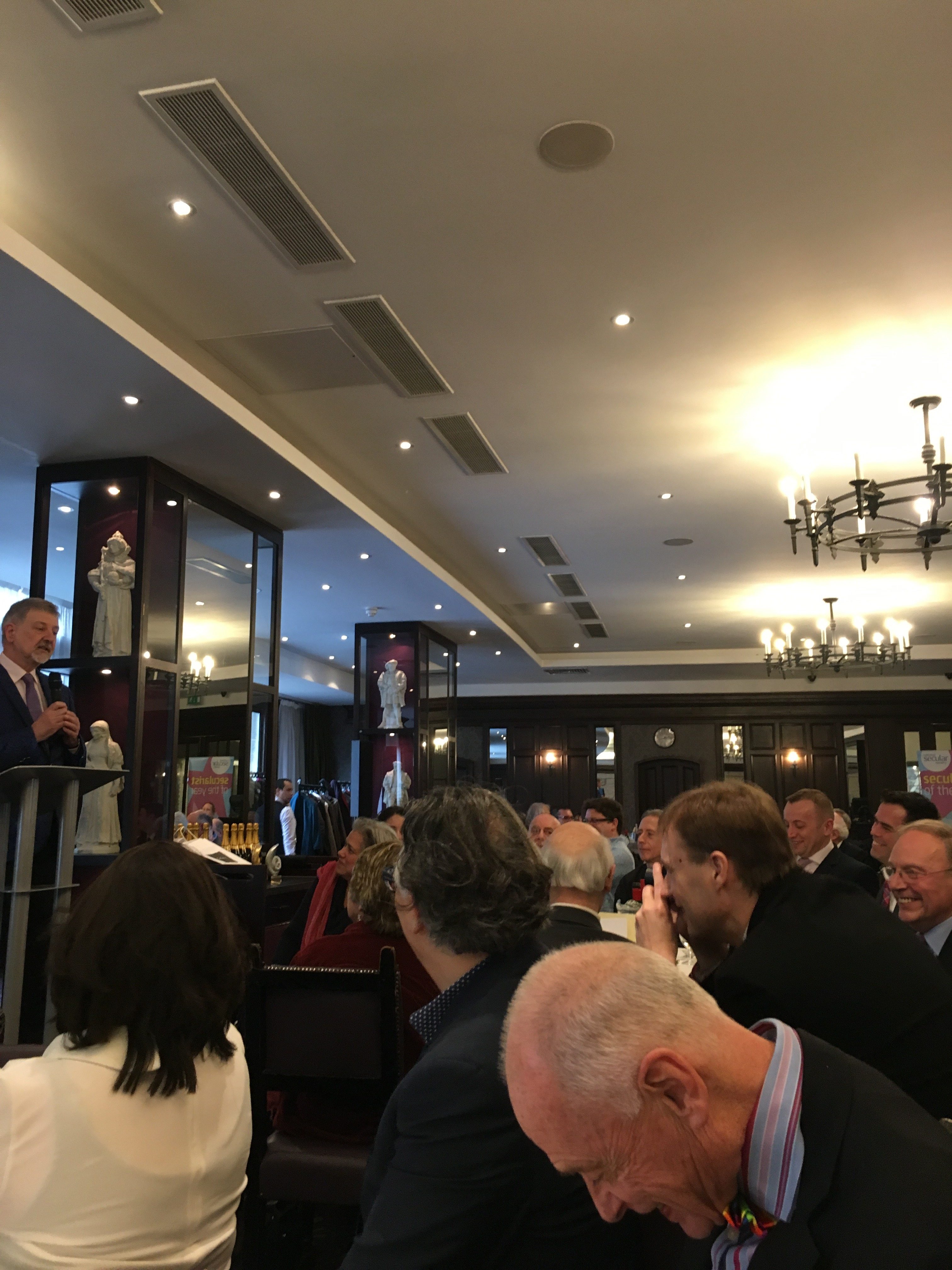 Recognition of Houzan Mahmoud and Culture Project’s campaigning for Secularism

Following nominations from members and supporters, the elected council of the National Secular Society selected six people on a shortlist for the Irwin Prize for Secularist of the Year.

The National secular society is an organisation with almost 150 years of campaigning and reform for secularism and challenging religious privileges in the UK. For the past few years, it has been organising its distinguished ‘Secularist of the Year’ event which recognises, celebrates and awards those outstanding campaigners who have contributed to secularism.

This year the event took place on the 18th of March at the Imperial Hotel in Russell Square, London, and featured over 100 activists from various fields and various backgrounds.

The nomination and recognition of the work of Houzan Mahmoud and the Kurdish Culture project transpired owing to their initiative in providing a platform for Kurdish writers, feminists, artists and activists in advancing gender equality, freedom and universal rights.

On her nomination Houzan said, “For the work in activism that I have done for nearly two decades against Islamism and Sharia Law in Kurdistan, Iraq, the UK and beyond, to be recognised by the NSS is one of the greatest honours I could be conferred.”

Other nominees included Scott Moore and Let Pupils Choose, a Northern Ireland Humanists campaign, for challenging compulsory worship and religious privilege in Northern Ireland’s schools. Professor Ted Cantle CBE had also been nominated for his valiant work in integrated education and social cohesion. Yasmin Rehman was nominated for her work tackling hate crime by using a secularist approach, as well as her work promoting the human rights of women. Asma Jahangir, the former UN Special Rapporteur on the Freedom of Religion, was nominated for her principled advocacy of universal human rights and her commitment to secular justice. Professor Steven Kettell was nominated for co-ordinating a secular response to the Commission on Religion and Belief.