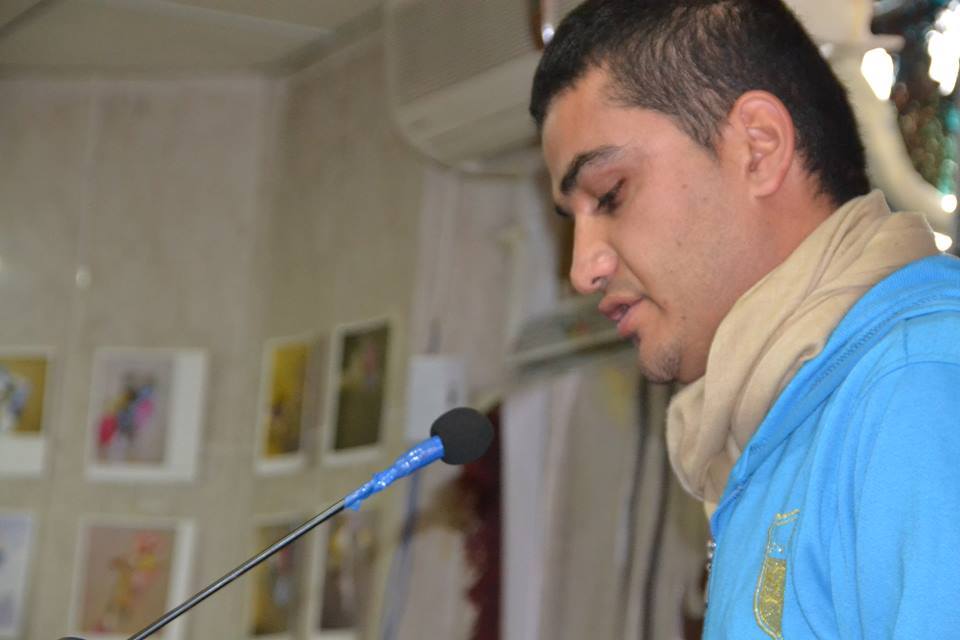 Wafaye House, in Hawler, Kurdistan, hosted an evening event on the 13th of January 2017 for the poet, writer and member of Culture Project, Dastan Barzan. Born in the city of Sulaymaniyah, Kurdistan, Dastan is noted for his various published works of poetry, such as  If I have you; A scattered subject; I am fallen under the fast days of Modernity; and The Stars are the Human wounds.

It is worth mentioning that this is the second time an event has been hosted for Dastan in Hawler. The event was well attended by people who were interested in both poetry and literature. Dastan’s new book, The Stars are the Human Wounds, was recited with an awe-inducing delivery. Dastan also recited a variety of his poems. In the beginning of the event, Dastan said, “What I read here are not the totality of my poems […] It is important that readers encounter them by themselves.” He went on to highlight the point that when he writes poetry, he thinks about the white-space that is placed in conjunction with his poetry: “I intend to have an artistic perspective of that space called page”. One will encounter this perspective when reading the book in its entirety.

In response to the fact that Dastan has made several media appearances promoting his book, he said, ”Each poem in this book are specific moments of my encounter with the world. These poems are my poetic stance against the rock-hard heartedness of life”.  He further added that his poems endeavour to uncover the difficulties of life which hide from us all, things that hide under masks and makeup in order to deceive us. He finished by saying that, “In my opinion, a wise person is someone who is not deceived and is thus able to see life in its hard heartedness and ugliness”