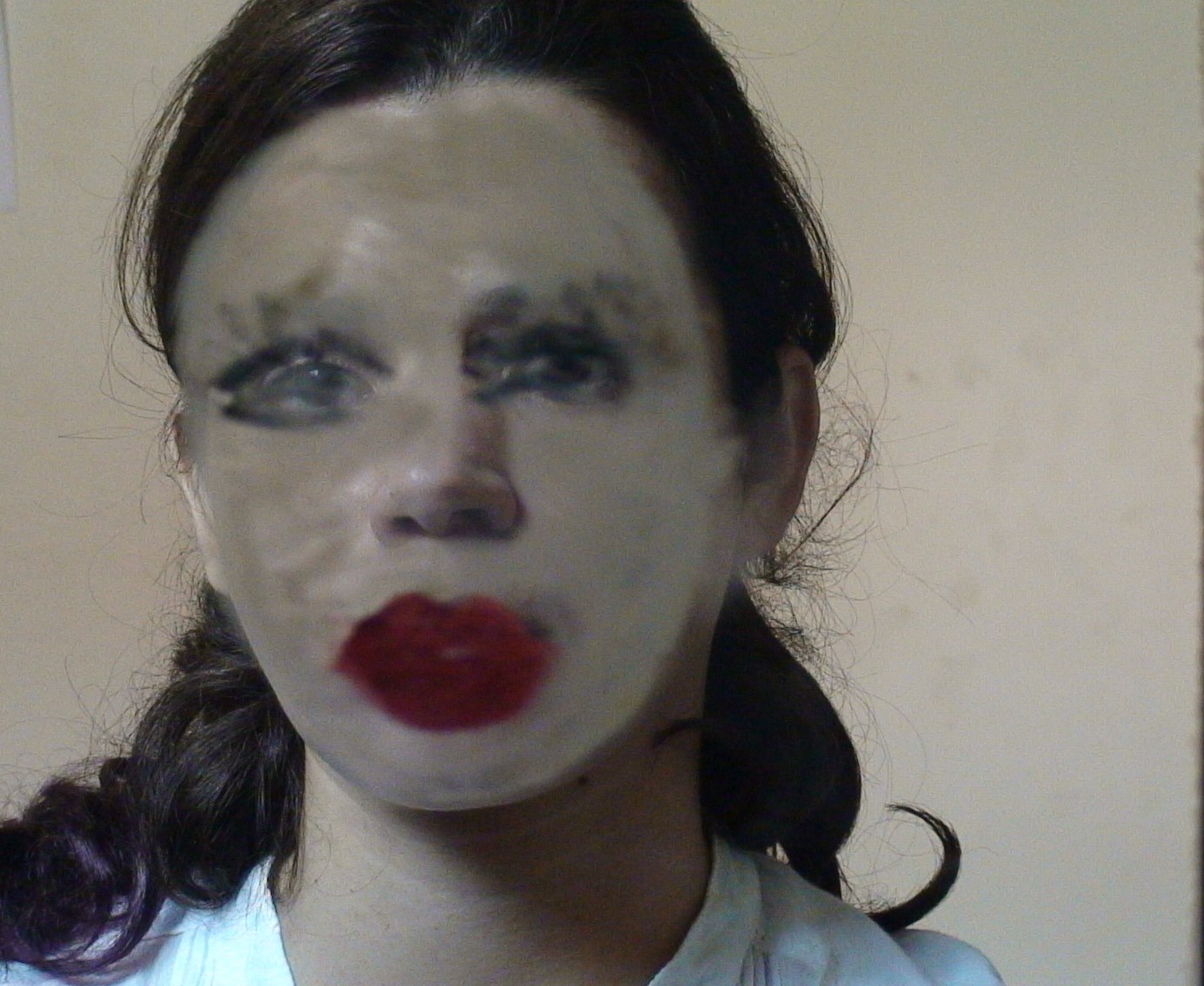 Self-writing on art, womanhood, being the “other” here and there

My career as an artist began once I started drawing, and I soon came to understand the importance of my being metamorphosing into some form of physical act. However, working within the confines of my own art atelier in my home, with brush and paint and having my work exhibited every now and then, I recognised that what I was doing was not enough. However, leaving my home atelier and attending meetings and artistic projects in public spaces introduced me to challenges regarding the fact that I am a woman outside the confines of what was expected of me – domestication. Even though I was out, my presence was limited to places such as work, university and the market – all at specific times. It was such an oddity for me living in such a way that on many occasions during cultural events, such as poetry readings, I found that I was the only female attendant.

A burgeoning rage within me started to shape a unique space as a female, and this rage was most profound between the years of 2003 and 2004. This space demanded to be filled by artistic projects that required different materials and mediums such as installations and video art, things that covered a whole variety of different topics.

As an artist, my work typically thematises the obstacles that the body encounters. As a woman coming from Kurdish society, the sphere of the human body has been a particularly fascinating subject (given the relationship that my culture maintains with the body) to such a degree that I have felt the strongest of desires to document and explore it within the medium of my art. Those things I have to deal with every day as a Kurdish woman, including my surroundings, I transform into art and express it in a way that makes the issues more problematic than what they present themselves as. For me, art is a place in which I can perform an act and find a space for myself in order to be individuated in such a way that I can both communicate and also be seen.

The gender stereotypes in Kurdistan, and more generally across the Middle East, are ones that depict women as passive, domesticated, oppressed and unfree. These stereotypes are adumbrated, consecrated and enforced upon us. If we do not act in a way that is expected we will be seen as disloyal, and therefore not compatible with what is expected of us. For example, if you are a woman and remarry but decide to leave your children with your former husband you are thus seen as failing to perform your duty as a woman. Having a space, creating questions and breaking that portrait is something that is very important to me.

Although I am aware of the problems facing women, I nevertheless resist the temptation of turning my artwork into a mirror that reflects the real world via an intelligible medium, a real world that everyone can relate to. Our media is replete with such narratives, and thus I feel that there is no need to reflect such narratives in my art – at least with the same depth and breadth. Therefore, I find it important to find a new medium that documents those things I cannot express in words although it nevertheless has its roots and is informed by daily realities. To this end, I worked with objects that are entirely unique to me: those things around my body (in the perspective as both a human and as a female) – that is to say, those things I deal with on a daily basis. They relate to me insofar as they identify who I am, in various ways, as a woman – they are clothing clips, washing machines, makeup, colourful clothing, etc. One of my art projects is about makeup, and this project found expression in two different but related ways. One as video art which was presented through the medium of slow motion. The video is about a mirror in which a mask of makeup is drawn, and slowly and gradually I remove the makeup until my face becomes visible. The other was a photo which captured and confronted a moment of the self in its daily ritual; in this particular case it was encountering one’s own body, and it centred on a woman during a moment in which she applies her makeup. A routine and daily ritual, that if you don’t perform people might ask you if you are not “well” for example.

Most of us pay careful attention to the way we look before we leave the house – through a conscientious concern of what we are wearing and, say, how we think others will perceive us. We desire to control how other people respond in virtue of how we look. While we encounter ourselves in the mirror, we also encounter space and time.  The time and space that you deal with on a daily-basis acts as a border between the private and public spheres of our lives. It is clear that drawing a mask in front of the mirror with makeup poses a question about the time, space, material and the performance that forms an important part of one’s identity.

I have been living in the Netherlands since 2009. Here, as a woman from the Middle East, your form and space is drawn in a way that it forms a big part of one’s reality but in a way that is not really you. Thus, such challenges take a different form. Although I do not reject these stereotypes, and I do not want performing of them, I nevertheless would, as an artist and a woman, desire to create a space in a manner I want to appear and feel.

In the past several years, through living and studying in Holland, I have encountered several salient questions regarding my identity as a female, as a Middle Easterner, and as the “other”. To show this I worked on a performance project called Is being the other a trap?. The project is a fifteen minutes long performance which was performed in Arnhem city in 2015. It was about drawing a portrait comprised of words which were written and given to me by others. These words I obtained through either comments on forms I handed out to people, or words related to art, or through feedback on my studies, or from people who use such words as a part of their daily lives.

These words and sentences carried violence in them, which was both familiar and strange. For example, when someone calls me “brown” I am baffled because I have never encountered myself as “brown”. I find it strange that people have normalised describing people like myself in this way. I also find it strange when people say things to me like: “you all have post-traumatic stress disorder” in virtue of where we come from, or when they say to us: “you take criticism very seriously and this is problematic”, or when they tell you: “you come here and just reproduce”, and when they ask you: “you drink beer too, right?”. These are just a few things I incorporated within my performance. I read out these comments with a rather inconspicuous bodily movement but, at the same time, I posed questions and encouraged the viewers to think in order to discern whether they would react to such comments with either humour or anger. While I was playing with the words both on paper and in writing, I would choose one word from each comment and then create a new sentence which was meaningless.

In the beginning the viewers only listened to the performance. However, once I started telling them the comments they clearly realised this was a definition that their culture was imposing on me. While on the stage it looked like I was portraying them rather than giving a portrayal of myself. In one way or another my performance became a sort of mirror that showed the audience a reflection of themselves, a mirror that manifested by way of talking about the “other”. Problematizing depictions of the other and encountering them as collectives and not as individuals was part of the performance.  As I said, I performed this work in Holland, but I also performed it in Indonesia during a university trip. I also performed it twice in Jakarta albeit with some changes in movement and materials such as paper, stone and sellotape.

In reality, breaking forms and fixed images of issues concerning ourselves and how we relate to one another has always been a key interest of mine. This is particularly the case concerning forms and fixed images within Kurdish society. As both an artist and a woman, I pay close attention to (and also work within a realm that faces) confrontations of fear and violence that shape an individual’s life. Working with different mediums as explained above, but while studying in Holland, I have come to find different forms of expression and insights into the human-condition which are extremely powerful and edifying.

The House on Mango Street as a Revisionist Text

Alienation in a Second Language