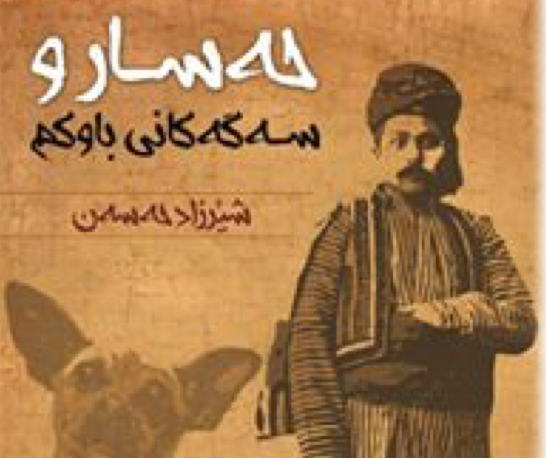 The Hassar and the Dogs of my Father

The Hassar and the Dogs of my Father is a well-known Kurdish novel by Sherzad Hassan, written in 1996 and translated into Persian and Swedish. Its overarching themes are dictatorship and patriarchy, particularly focusing on Kurdish society – themes that are, however, relevant everywhere, freedom is curtailed and women are subordinated to men.

The story starts with a patricide as the eldest son murders the eponymous Father. The Father had been a cruel, violent and tyrannical ruler over the Hassar people. Here, I will explore the relevance of Freudian theories of patricide, the metaphors in the narrator’s dream and the narrator’s sexism, though the novel is widely thought of as pro-women.

The narrator is, in fact, the eldest son and he speaks about the night after he killed Father. Throughout the novel, he seems to explain why he killed his father and how bad is his situation afterwards.

The novel is in the form of a monologue, with the narrator telling the story. The writer himself benefited from psychoanalysis which comes out in the writing and the main character constructs narratives about himself and his life. Peter Barry defines psychoanalysis as a “form of therapy which aims to cure mental disorders”, where person is encouraged to “talk freely, in such a way that the repressed fears and conflicts […] are brought into the conscious mind” (Barry, 96).

By the end of the novel it becomes clear to us that the son has not actually killed his father, but rather dreamed it.  “Without killing him, I could not make them free,” laments the narrator (Hassan, 14). But he has not killed him yet, it is just his repressed thought that rises to his conscious from subconscious mind.

He says that, after he killed his father, his predicament got even worse and he finds himself in the graveyard near his Father’s grave, the dogs about to eat him. It could be that the grave is not the father’s grave at all but that he is imagining what will happen to him if he kills him.

In the novel, Sherzad Hassan criticizes religion, authority and some Kurdish traditions using symbolism in the protagonist’s dream. Dreams, and their symbolism through displacement and condensation, are central to psychoanalytic theory.

The character Zewan works in the graveyard and is a cipher for religious men in Islamic societies. After the Father’s funeral, he rapes and almost kills the eldest son’s sister. In the aftermath, he says: “Do not fight, ladies, I will make you my wife by the laws of God and Prophet” (Hassan, 16). The narrator laments, “Oh God, what I have done” (Hassan, 16). What indeed. Be on your guard against religious men that use their religion for their own gain, is the author’s clear message. They might become a new ‘Father’, grab power after a revolution. The parallels with Iran are also clear – a country where the 1979 revolution led by communists lost power to the Islamic Shia parties.

Even the book’s title can be read as a metaphor itself. The Hassar – meaning big house with a big courtyard – is surely symbolic of society, the dogs the regime’s supporters, the Father the head and “the one” in society, an unmistakable metaphor for the patriarchal leader.

In the end, the narrator says, “I have to wait until all the dogs of my Father become old and dead… so that I can be free… But I can see that their numbers become more by passing time” (Hassan, 75). Daily, supporters of the system grow in number, people get used to the system and make their accommodation. “The unconscious idea continues to exist after its repression” (Josh Cohen, 30). Is the narrator speaking for Sherzad Hassan himself, living in the society and harboring a dream of killing the Father and changing everything? Sherzad Hassan writes until his repressed fears, feelings, and thoughts rise to his consciousness and then emerge finally as written words.

Although this novel and most of Sherzad Hassan’s novels are widely thought of as pro-women, even feminist novels, there are serious problems. True, he correctly gets the general idea women suffer terrible oppression but when it comes to details he falls flat. In this novel, the savior who saves the people and animals inside the Hassar, is a man.

Why isn’t this hero a heroine? Indeed, the daughters tried – and failed – to kill the Father. Sherzad Hassan has failed to grasp this opportunity to challenge the stereotype of a male hero, reinforcing the corollary that women cannot free themselves. The women cannot go to outside the Hassar and the narrator refers to them as “my poor sisters, they have not met any men yet, they always think about a man, from another tribe, to come and save them” (Hassan, 20).

In this crucial respect it is more like a fairy tale, not a pro-women work of literature.

How I wish one of the girls would think about education, reading or even writing. Not even necessarily doing it, just thinking about it. Instead it is as if the only thing that women think about is men and sex.  Talking about his younger brothers, the narrator says, “my brothers beg me to kill my father” (Hassan, 30). Yet when he talks about his sisters he says, “my poor sisters, they get older day by day, and they haven’t slept with a man” (Hassan, 14). It seems to be fine for his sisters to wait passively while his brothers must be active and decisive, brothers he condemns for begging, a shameful thing for a man to do.

The Hassar and the Dogs of my Father is on many levels a very good work of literature. But it falls seriously short of being a feminist novel; It has an idea, a general idea of feminism, but it fails to challenge important stereotypes and characteristics in society; rather, it reinforces them.

Hassan, Sherzad. The Hasar and the Dogs of my Father. Ghazalnus, 2014. Print.

This was written as an essay for a Module (LIT 310 Literary Foundations: Theory and Methods) taught by Dr Choman Hardi.

Kurds and Turks are at the edge of a cliff