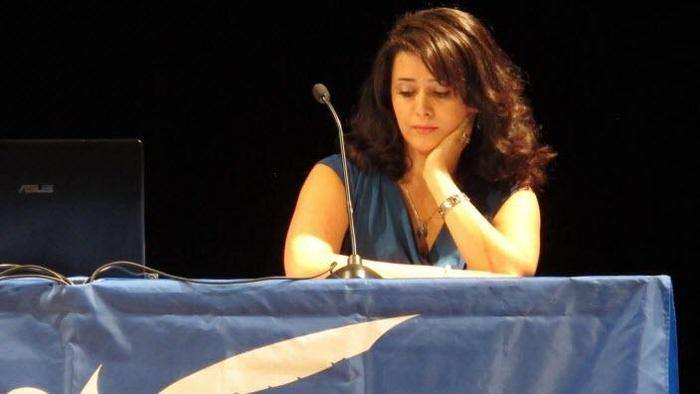 Why has the Iranian women’s movement failed?

Since the 1910-era Constitutional Revolution, women in Iran have struggled to achieve gender equality, to no avail. In the 1930s, women had 14 magazines discussing their rights, and by the 1970s had gained some freedom of education and occupation. But these small achievements were taken away when Ruhollah Khomeini usurped power in Iran in 1979.

After a century-old movement, women are still officially subhuman in the eyes of the state. In most cases, they are denied the right to divorce their husbands and gain custody of their children.

They are also legally unable to work or leave the country without their husband’s permission. Throughout history, Iranian rulers have established power over Iran by subjugating the female body. Reza Shah, the Pahlevi Dynasty’s first Shah, ruled Iran from 1925 to 1941. He forcibly removed the hijab from women in an attempt to westernize the country.

Since 1979, the Islamic Republic has forced the hijab back onto women in order to Islamicize the country. At the micro-level, individual males in Iran have also exerted control over women’s bodies to prove their authority.

The failure of the Iranian women’s movement is due to many pressing obstacles, including life under a theocratic government that severely suppresses any challenge to its “divine” rules. Thus any activity must be undertaken with extreme caution.
The contradictory perspectives of religious women activists versus secular ones have also been a major reason for the failure of the Iranian women’s movement. While one group believes “genuine” Islam can be emancipating for women, the other considers secularism as the first step out of male domination.

Urban and rural women are also divided. Middle and upper-middle class women seek occupational and educational rights, while for poorer women, health issues and welfare are women’s primary needs.
However, an unacknowledged source of division among feminists in Iran is the ethnocentrism of the dominant group.
Most women activists are either unaware that ethnicity and feminism intersect or are simply too afraid to discuss this important subject, which has become taboo. Iran has long strived to assimilate ethnic and religious minorities within its borders, including Kurds, Baluch, Aazeris, Turkmans, Baha’is and Jews

Discussing the individuality of these groups frightens Iranians, who believe that diversity would endanger their land by instigating separatist outlooks. In their denial of diversity, women activists have turned into agents of patriarchy and reproduce national chauvinism. Since they are under extensive pressure to assimilate, the majority of feminists have tied their cause to their centrist views. This is true even of some feminists born and raised outside of the capital.

They strive to help the mainstream voice become the only voice addressing women’s plight. Moreover, since they feel it is the only powerful voice acknowledging the plight of women, they feel they should give the mainstream their allegiance and attention. Thus they fail to observe or acknowledge the simultaneous oppression that women outside of the center experience.

This blind spot is as common among Iranians abroad as it is among those in Iran. Shortly before International Women’s Day, I was approached by a board member of a Toronto-based Iranian women’s organization. She wanted me to join the group. Her call came as a pleasant surprise and I expressed my appreciation of her group’s attempts to invite the voice of a minority into their organization. But it turned out that she was not aware of my Kurdish roots. “We will contact you later,” she said, and hung up, never to call me again.

While conducting research and interviews for this article, I approached the same board member to comment on ethnicity and feminism in Iran. I asked her to offer common grounds that activists could/should find to strengthen their fight. She responded that she had guests over and therefore had no time to answer my question. Two other Persian feminists also refused to comment because of time constraints and one never responded. An eminent Iranian feminist based in Europe, however, did respond. “I am so sorry,” she wrote, “but I am not interested to waste my time and energy to promote something that does not show minimum respect to what I believe in as feminist ethics.” She ignored requests to clarify what she meant by “something” and did not explain why discussing ethnicity and feminism would go against feminist ethics.

However, not all the feminists I approached were hostile to discussing the intersection of race/ethnicity and feminism. Activist Torkaman Gamichi was more interested in facilitating a discussion about the situation of Turkish women in Azerbaijan Province than in pretending that only women in Tehran have the right to gender equality. She pointed out the difference in priorities between the dominant feminists and the marginalized ones.

“While the center-oriented activists are fighting to get Iranian women into sport stadiums, I am fighting to stop the virginity examination for new brides,” said Gamichi. It is still a common expectation in Azerbaijan Province that a young woman acquire a certificate of chastity from a gynecologist who examines her hymen. But of course, such a campaign is not marketable. Women in the capital no longer have to deal with the humiliation of hymen examination and so it is not a pressing matter for them.

Also, this is more of a cultural problem than a political one because the government does not require the examination. Moreover, giving this issue a voice would mean airing the dirty laundry of an already demonized nation that tries too hard to show the world it is westernized despite its fanatical government. “I have nothing against a woman’s right to watch sports in stadiums,” Gamichi added. “I only want the center-oriented feminists to understand that Turkish women are under chronic, discriminatory cultural mandates to be obedient and to be chaste.” Kurdish villages in Iran have one of the highest ranks of women’s self-immolation in the world.

For these women, who struggle with strict patriarchy, poverty and geo-political and domestic violence, the dramatic use of fire becomes their loudest cry for help and their only act of control over their bodies. Yet Iranian feminists never acknowledge this tragedy by speaking about it in the media. Soraya Fallah, a Los Angeles-based activist who was incarcerated in Iran, said that even in Iranian prison, Kurdish women suffer more severely than their Persian counterparts. “I was not allowed to address my visitors in Kurdish, my mother tongue,” Fallah said. “I could not communicate to my mother, whose Farsi is limited. I was not allowed to tell my husband – in my own language – that I loved him.”

Farsi is the only official language in Iran. It is the language of Persians, who constitute an estimated fifty percent of Iran’s population of roughly 70 million citizens. Prisoners are not allowed to speak in any other language. “I was allowed a five-minute cold shower every week,” Fallah said. “Most prisoners in Tehran were allowed more frequent showers, even those who were held in solitary. There was no toilet inside the cells where I was held. There was no TV or access to newspapers. Prison memoirs of my fellow activists reveal that the prisoners in Tehran were given these basic amenities. The prison facilities in Kurdistan were old and run down.” Dr. Roya Toloui, co-founder of the Kurdistan Feminist Party, believes that ethnic and gender discriminations are interconnected and cannot be separated. “I often wonder if I am a feminist first and then a Kurd, or vice versa?” Toloui mused. “A major difference between me and a Persian feminist is that she can have the freedom to separate gender issues from ethnic oppression.” Marginalized women share ethnic subjugation with their men. “Men who are oppressed themselves tend to be more violent with their female family members,” Touloui said. “Kurdish women in Iran suffer from a tangled knot, a combination of ethnic, political, economic and gender oppression. A Persian feminist doesn’t have to worry about lacking the right to education in mother tongue.”

Provinces such as Baluchestan, Khuzestan, Lorestan and Kurdistan – which are located near the borders of Iran and are home to non-Persian ethnic groups – flounder. For the children in these regions, the first grade of elementary school is often a traumatic experience, since they have to learn literacy along with a new language. While marginalized activists acknowledge that all women in Iran are subject to discrimination, they believe that focusing only on the situation of the dominant group means turning a blind eye to the realities of life for millions of women who live outside of Tehran or in its slums.

Bell hook’s Feminist Theory: From Margin to Centre and Wini Breines’ The Trouble Between Us: An Uneasy History of White and Black Women in the Feminist Movement examine in detail the gap between privileged and underprivileged women activists. Some of the points raised in these books and others like them can be eye-opening for Iranian feminists.

But, as long as dominant Iranian feminists fail to see the ethnocentrism in their own backyard and the simultaneity of oppression for the underprivileged, the century-old struggle for women’s rights is bound for failure.

Ava Homa is a Kurdish  writer, teacher and editor based in Canada.

Your Love Changes My Guise (Poem by Lazo Azad)